Time came for us to leave Our second winter home. We had such mixed emotions about it. We had loved Agios Nikolaos and spent time with some brilliant people but we were also itching to get on the move again. 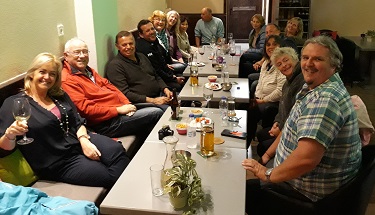 We were paid up in the marina until 1 March and starting watching the weather. All looked good for a calm departure so we said our goodbyes to everyone with an evening in Sports Bar 26 and were ready to go.

Just before we left our vlogging pontoon neighbours and friends, Carl and Jen, filmed around Pintail and then filmed us leaving. You can watch it here and we recommend giving them a follow on YouTube at Carl and Jenny’s Sailing Adventures. They are very entertaining! 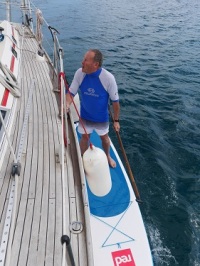 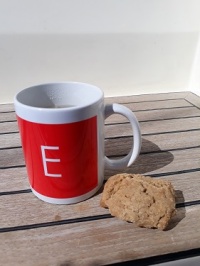 Steve and Rene found it hard to say goodbye to their cycling buddy and accompanied us out of the harbour. Underway, we opened our leaving present from Babs – a bag of ginger biscuits. They were delicious and didn’t last long!

Our first passage was hardly an epic. Just 12nm round back into Spinalonga Bay, where we spent our Last days at anchor before winter. With wind on the nose we motored all the way. It gave the engine a good run and we noticed that all the work on it over the winter had given us an extra knot on our average speed. Under motor Pintail now moves at 6.5 knots. 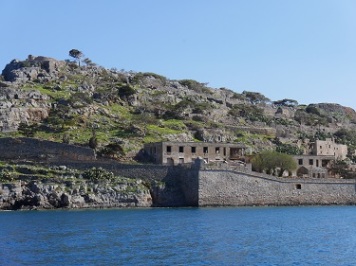 Passing Spinalonga Island we noticed how lush and green with Spring it was compared to when we were there in October. This time however, apart from the wintering trip boats, we were on our own in the lagoon. We took one last trip to the chandlery and our first night back at anchor was peaceful and calm.

It was a different story by mid morning the following day. The wind was getting up and there was quite a chop on the lagoon. We couldn’t leave the boat to go ashore so there was no excuse for not cleaning the fenders. They were all filthy from weeks of rubbing up against our neighbour. We must have taken most of his blue stripe with us! 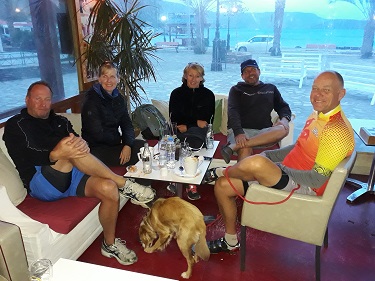 In the early evening we had a call from Steve to say that he and Rene had cycled over the hill to Elounda and the girls were nearby walking Rizzo too. Miraculously the wind calmed enough for us to take the tender ashore and enjoy one last coffee together before we left Crete. The wind blew up again and we said hurried final goodbyes, jumped in the tender and got back to Pintail before a night of strong gusts. We knew the holding in the lagoon is very good and our anchor was holding well but it was very windy. We had our plan B and C mapped out. It was a keys in the engine, life jackets at the ready, sleep in your clothes for a quick exit kind of night. We needn’t have worried. The anchor was deep in the thick mud and  wasn’t going anywhere. 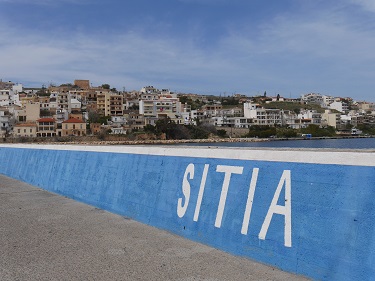 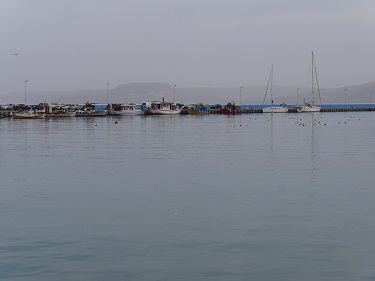 Leaving Elounda meant leaving familiar waters behind and our 2018 adventures began properly. After a really windy night we had a flat calm motor just 20nm to Sitia. We were greeted by the Coastguard who was only interested in seeing our insurance and registration papers. He pointed out the Harbour master’s office where we could pay our harbour fees but as it was Sunday we guessed no one would be there so got away with a free night. It was a weirdly hazy day. The southerly winds had left sand hanging in the air and a very eerie atmosphere. 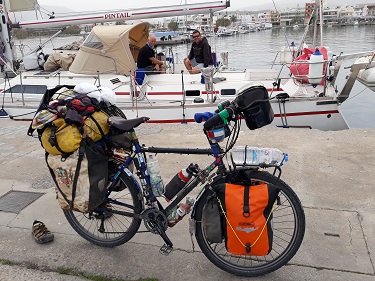 While we were having a cup of tea in the cockpit along cycled Nigel from Australia. He is on an epic cycle trip around the world. We invited him on board to share travel stories. It is always brilliant to meet another travelling spirit. By the power of Instagram we have since been following his progress and he recently left Crete after cycling 850km all over the island.

Sitia was a rather uninspiring place. Any ancient buildings had long been flattened by an earthquake. There were remnants of the city’s Venetian past in the castle up the hill but a good weather forecast meant we had no need to linger for longer.

Leaving Sitia at sunrise we followed the last of the coast of Crete. The air was still full of sand and our last views of the island were through a haze. There was a very melancholic atmosphere on and off the boat as we sad goodbye to this wonderful place and headed out into the Angry Sea…