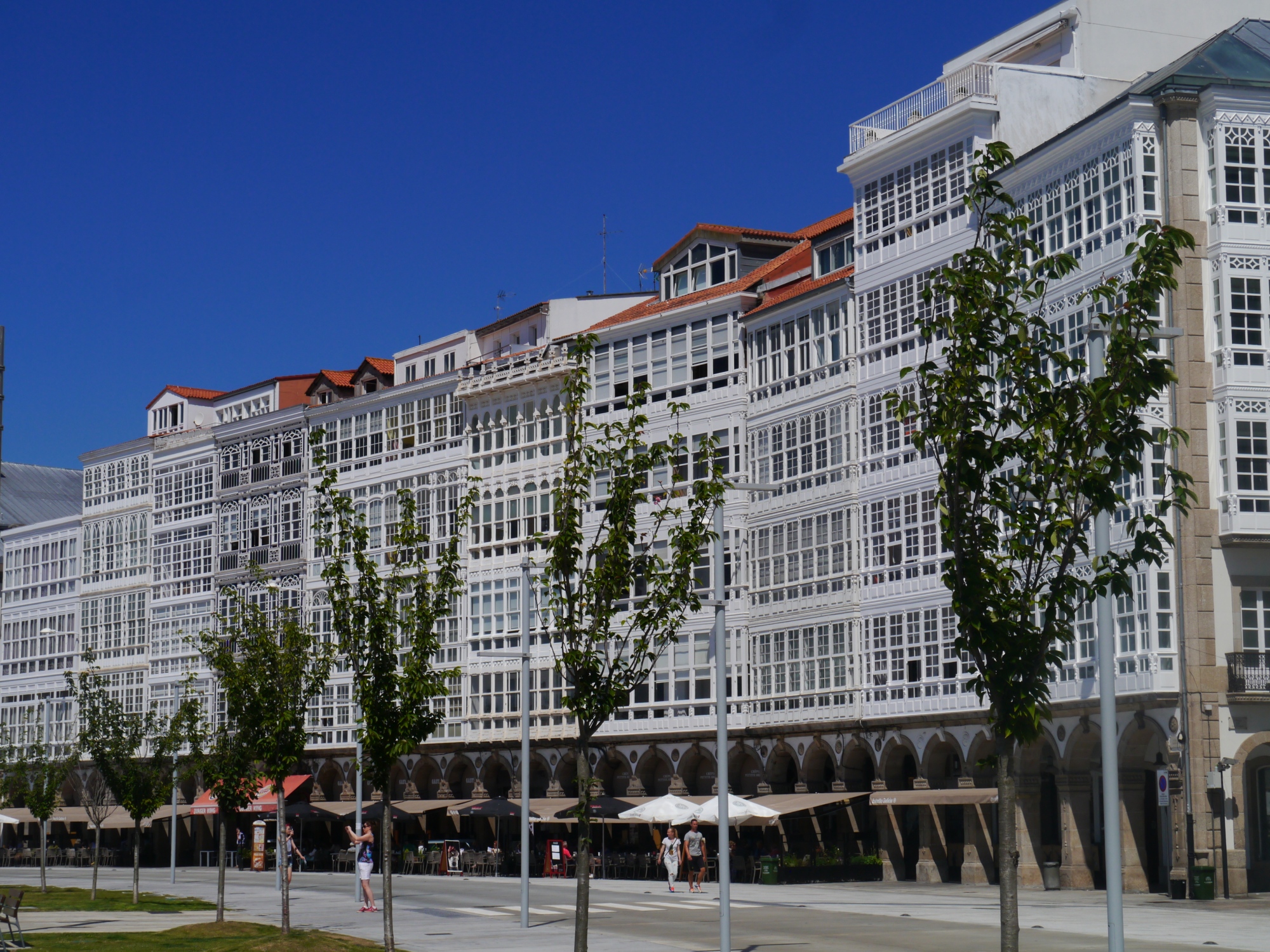 Another bonus stop we didn’t intend to visit, we had a brilliant couple of days recovering from our three days across Biscay and exploring this Galician city with its ubiquitous galarias. 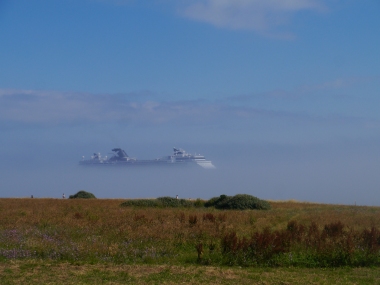 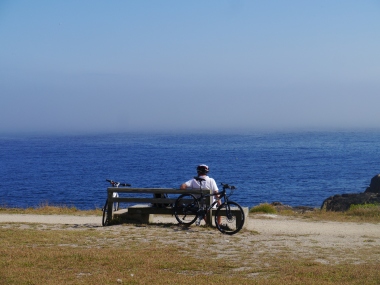 The bikes made their first appearance and we followed the fantastic Paseo Maritimo with its pedestrian and cycle paths direct from the marina, up the headland to the Roman lighthouse. We were glad not to be at sea watching a cruise ship find its way into port in the fog. 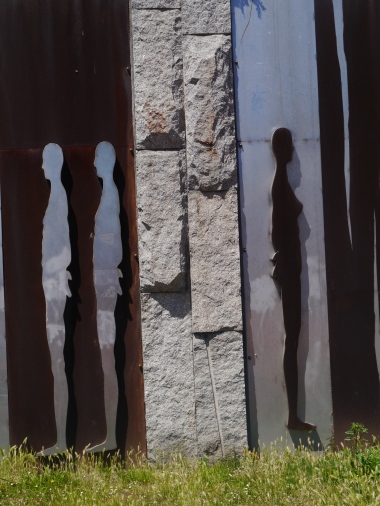 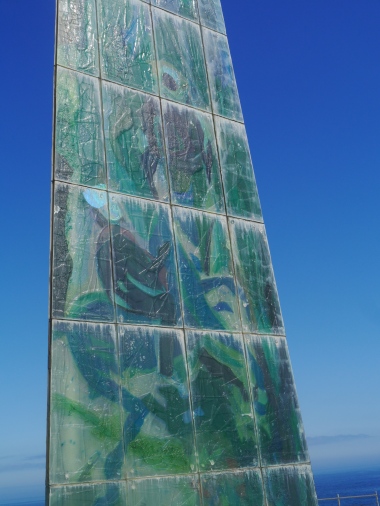 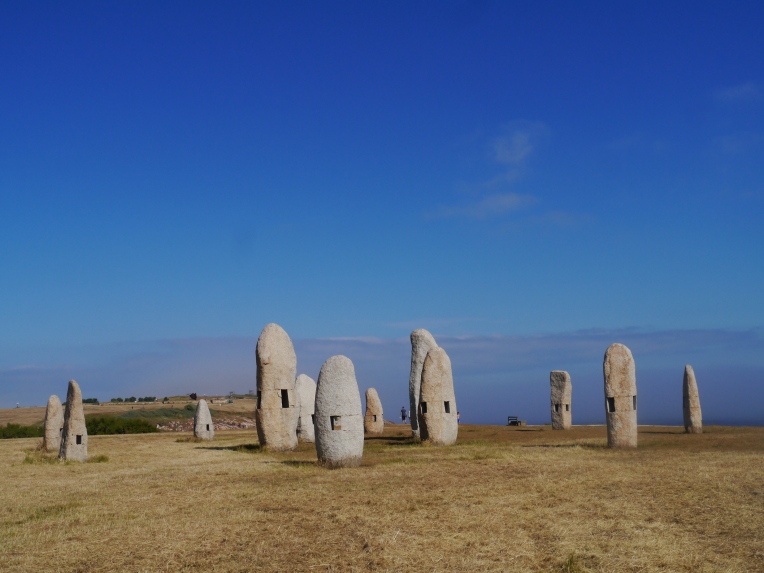 We continued all the way round the beach and back through the docks, finding lots of public art along the way. 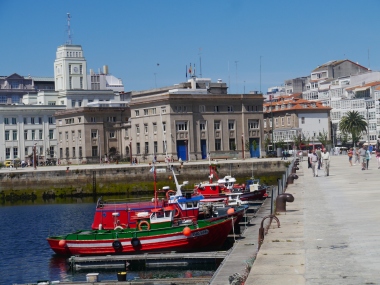 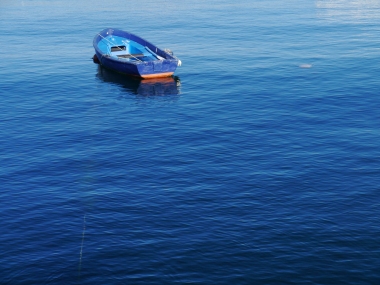 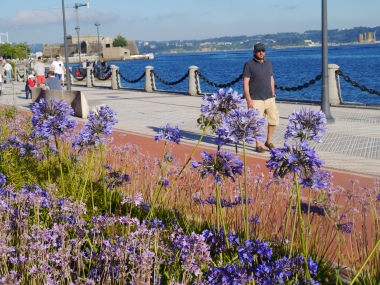 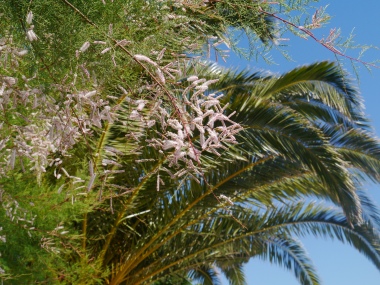 and its pretty agapanthus and tamarisk trees. 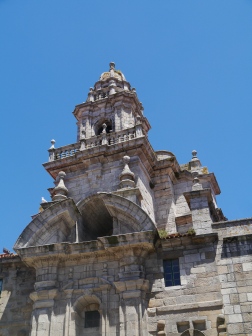 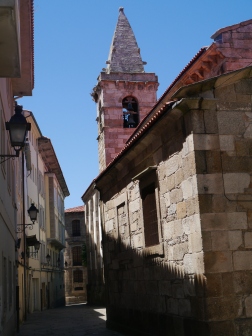 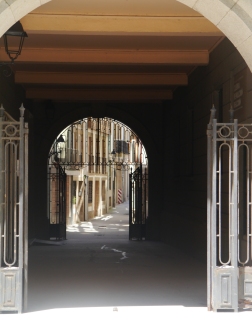 We explored the monasteries and alleyways of the old city. 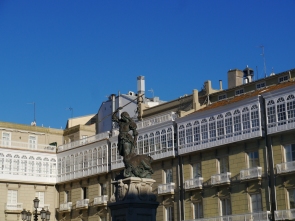 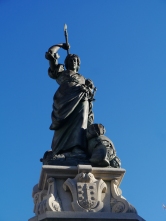 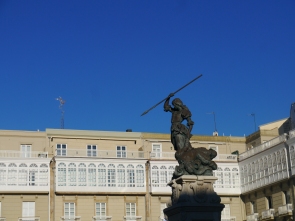 Women don’t often get their own statues, let alone their own squares but, for seeing off Sir Francis Drake, in A Coruna Maria Pita gets both! 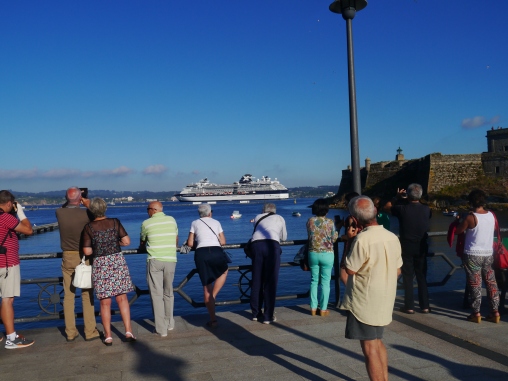 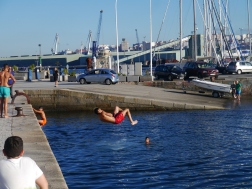 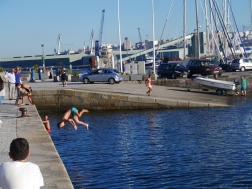 For evening entertainment some watch the cruise ship leave the harbor, others hurl themselves into the water 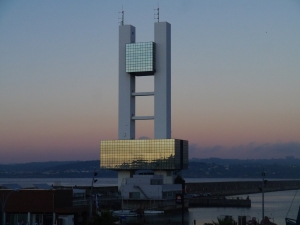 and even the port control building looked pretty at sunset.

In A Coruna we decided to end each blog post with the “view from our backyard” and we were anxious to move on and to get to Baiona, where we had originally intended to arrive in Spain. First however, we had to round Cape Finnistere and the Costa del la Meurte (or Coast of Death)… 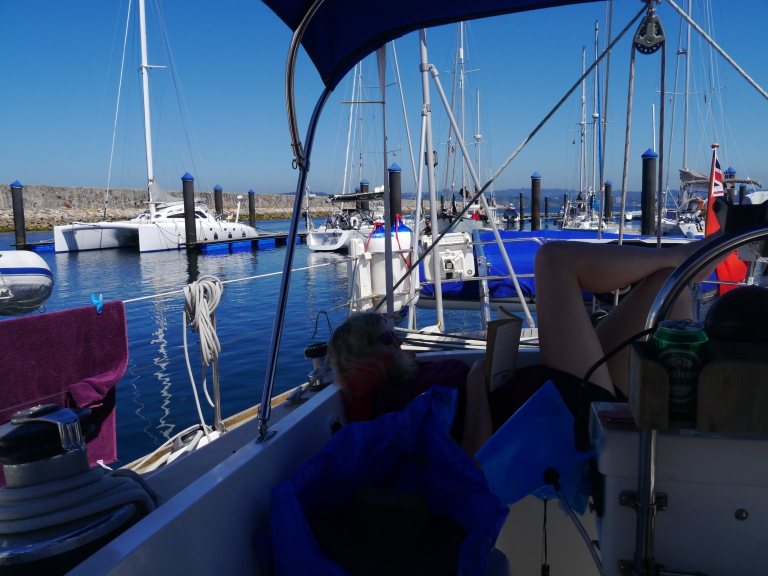 3 thoughts on “A Coruna”