We had originally planned our first stop in Portugal to be Leixoes but someone in Baiona had suggested Viana as a stop off in between. We are really glad we did for two reasons

(1) it was a really pretty place to start to get to know Portugal; and

but more about that later.

We left the Islas Cies at sunrise although they were still shrouded in cloud. It was very cold at sea – so cold that I made daal for lunch! Low cloud stuck with us until we got to the border of Portugal at midday. I took down our Spanish courtesy flag (1) as the sun started to shine and Portuguese dolphins greeted our arrival. 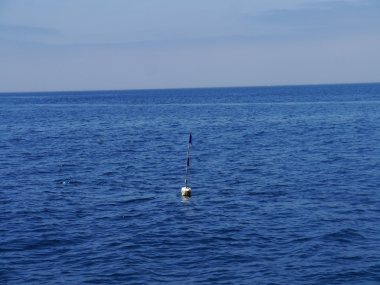 It wasn’t long before we encountered our first fishing pots. We had been warned about these but hadn’t imagined quite how many there would be and how far offshore. Spotting and avoiding them turned from a game into a chore but getting one wrapped around the propeller would not be funny. We had a pretty butterfly visitor join us on board for a while, taking a rest several miles from land.

The rocky coastline of the north was giving way to long stretches of sandy beach. Through the binoculars we could see the umbrellas and sunbathers. The further south we went the warmer it was getting. 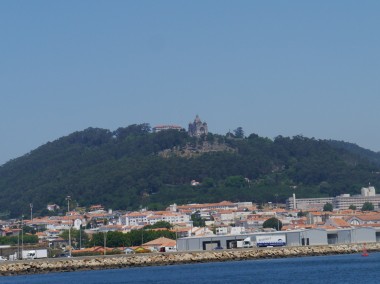 Viana do Castelo wasn’t hard to find. A town dominated by a wooded hill topped with an extremely ostentatious church. It was a hill with our names on it.

Getting into the marina at Viana meant negotiating a swing bridge and a slime line (2) and it is where we first met SV Faith, a German boat whose crew would become our Portugal family. As first impressions go, legend will have it that Stefan fulfilled every stereotype held by the Germans of the English, turning up as he did with sunburn and immediately opening a beer. He denies uttering the words “are your fenders strong enough” as we came alongside them but that hasn’t stopped a constant ribbing.

As stressful mooring encounters go this was a fortuitous one. Even in our brief encounter in Viana it was good to meet Ursula and Alex. They had shared a similar journey just a couple of weeks before us and it was great to be able to talk about it with those who understood. Their experience of Biscay was somewhat different from ours and we were again grateful for our calm crossing!

By evening the short visitors pontoon was truly pan European with French and Dutch boats joining us and, although we did not know them yet, “the Stormschnitzels”. We were truly embracing a European Union of our own.

Our short time in Viana was spent wandering around its sights punctuated with undertaking chores. After Stefan glued back together the wooden block which holds the clutch for the main sail, we went in search of the supermarket. Immediately the architecture of the town made us feel further away from home and we had not been prepared for how different the language would sound (or indeed be to pronounce. We have found pretending to be a drunk Russian helps!).

And no one told us that Portugal is the same time zone as the UK. It wasn’t until our second day that we were told we were an hour ahead of everyone else! 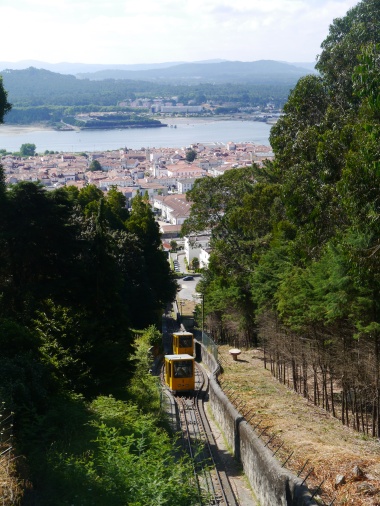 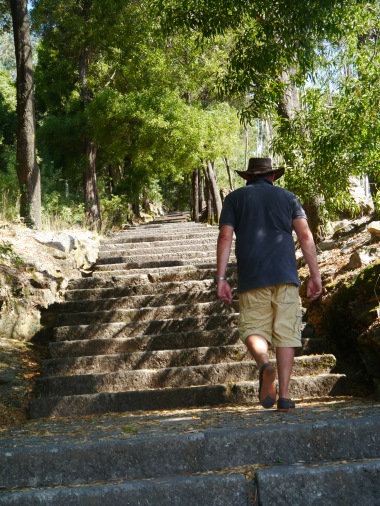 Whilst the sensible took the funicular railway up the hill, in accordance with The Rules we walked. It was a very steep climb not helped by having walked at least an additional two kilometres  to find the stairs in the first place but was thankfully shaded by eucalyptus trees all the way up. 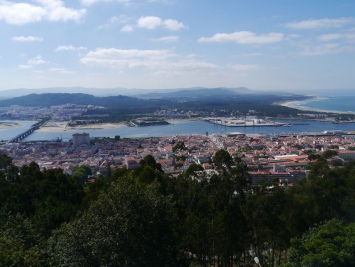 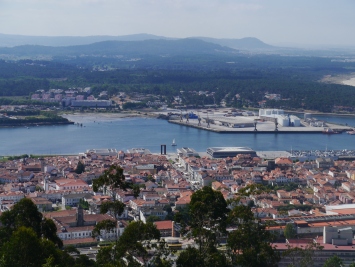 We were rewarded at the top by fantastic views back down over the town and where we watched our new German friends making their escape out of the river. 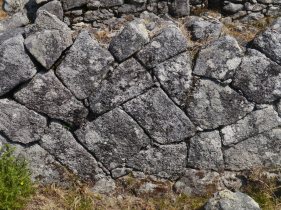 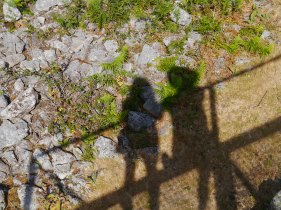 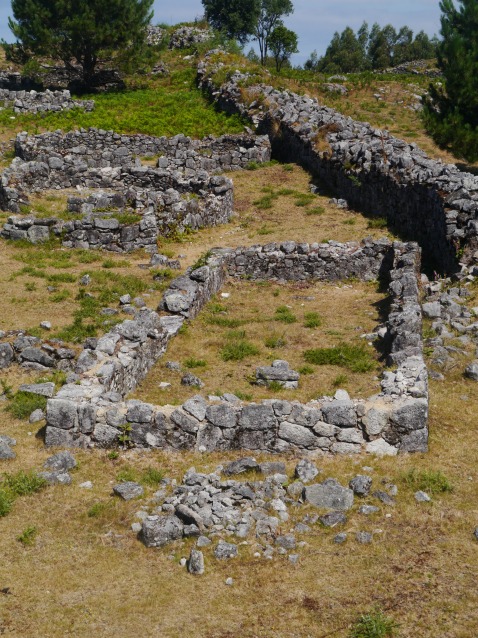 Also at the top of the hill we found the ruins of a Roman settlement with brilliant aerial walkways across the whole site.

Our afternoon was spent in the shopping centre buying t-shirts at C&A’s, for me (my UK wardrobe was starting to seriously fail me in the warmer temperatures) and, thanks to a store assistant with brilliant English, a data sim card to give us wifi whilst in Portugal. Buying the card was the easy bit. Whilst Stefan napped I had to negotiate the unlocking of his mobile phone to make the sim card work. This involved finding the requisite dodgy back street shop, queuing in a scorching glass box and praying that the man behind the counter spoke English because at that point my Portuguese stretched only to “Hello, do you speak English”. Happily, he spoke perfect English and we had ourselves our own wifi hotspot. 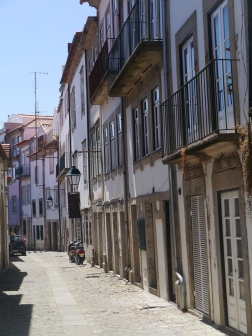 In Viana we had our first introduction to mazes of tiny cobbled streets and beautifully tiled houses.

We had a terrible lunch in the main square but surrounded by the old town hall and 16th century fountain. 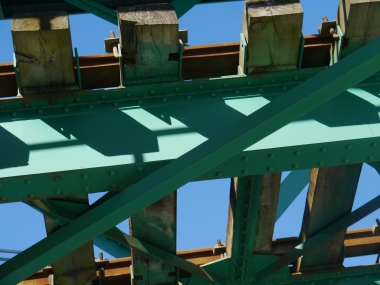 From our spot in the marina we watched the trains and traffic coming and going across Eiffel’s bridge and tried the local vinho verde and decided we didn’t like it. We had higher hope for the wine in Porto… 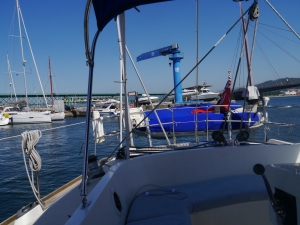 Our view of the Eiffel and lifting bridges from the marina.

One thought on “Viana do Castelo”