In an attempted antidote to our trip into A short history of life and death in Crete our remaining days with the car were spent in search of a more peaceful and beautiful side of Crete. 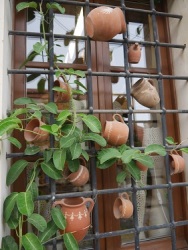 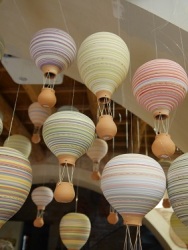 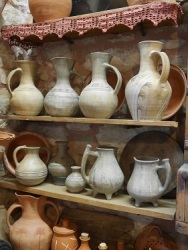 In the mountain village of Margarites we found the traditional potteries selling ancient and modern designs. We bought ourselves two raki cups to drink the raki Akis had given us in Chania. 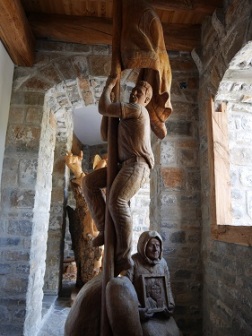 On the road down from Anoyia, in the village of Axos we happened across a wood sculptor, Georgios Koutantos, creating enormous sculptures from a variety of wood. His work included representations of figures from history, ancient and modern, including the labours of Hercules. Less well known to us was the figure of Solomos Solomou, a young Greek Cypriot refugee who climbed a flag pole to remove the Turkish flag in protest and was shot dead by a Turkish officer. Just another lesson in the complex history and relationship between Greece and Turkey.

The detail, precision and sheer size of Georgios’ work was stunning. He is literally building his museum around them!

He had also sculpted his own family and a huge nativity scene from just one piece of wood. He gave an engaging, personal tour through his work including an eagle sculpted when he was only 19 years old. 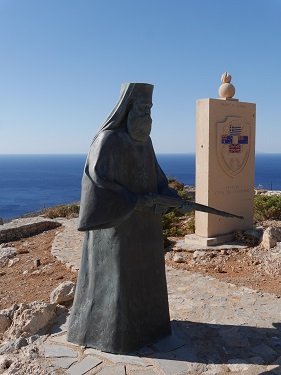 Another day we drove to the south of the island in search of its natural beauty. We followed the other hire cars into the Kourtaliotiko Gorge towards the Libyan Sea. It is impossible to avoid reminders of Crete’s history of war and resistance and we found this gun wielding priest high on the cliff. 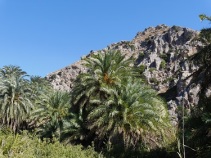 Nestled in the end of the gorge where it meets the sea is a tranquil palm forest, its lush and calming green a stark contrast to the jagged, grey of the cliffs.

It was, however, a long and hot climb down to reach it and an even longer, hotter climb back up to the car.

Driving back through the gorge it was not hard to imagine how the fighters of the resistance were so able to hide out in the mountain nooks and crannies during the German occupation. 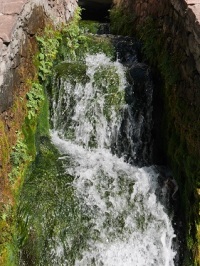 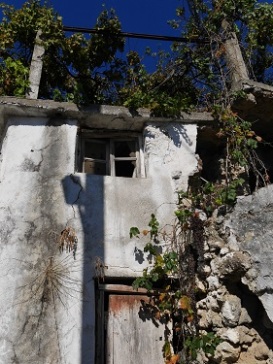 Nearby we found the town of Spili, famous for its fresh water spring and 19 spouting lions. The water was incredibly clear and refreshing. We wished we had taken some bottles to fill up. 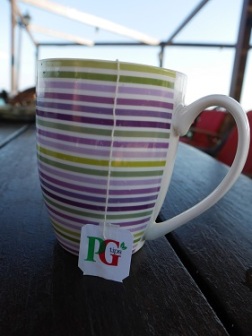 To end our time with the car we went in search of some altogether different refreshment. As we had in Torremolinos and Benidorm, whenever we find ourselves in a resort popular with the British we feel compelled to treat ourselves to a good old English breakfast. In Malia we found a perfect spot in the Rovers Return Inn where we enjoyed proper tea and a fry up!

The perfect end to a roadtrip of many contrasts.