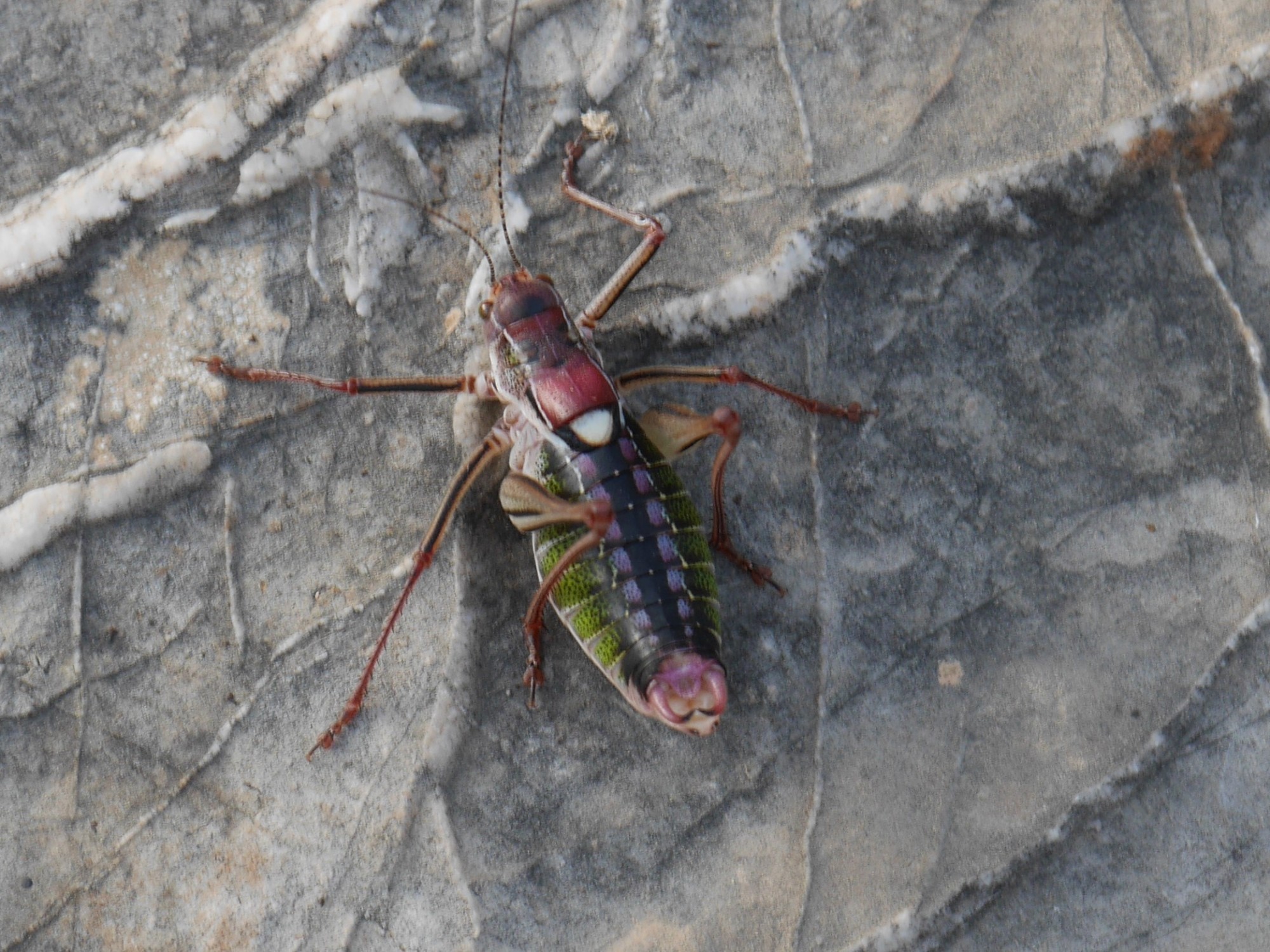 Clive had to leave us before we could revisit some of our stops on our flotilla in 2012. We had struggled to remember where we had been until I remembered that we had started our RYA logbooks then and our week’s mileage had been signed off by our flotilla leader. This told us that we had stopped at a number of bays along the coast between Marmaris and Bozburun. As this was on our way west we decided to revisit two of them.

Our first stop was Çiftlik, a bay almost enclosed by an island. We’ve got to admit that we didn’t remember it at all. We know that we must have moored on one of the pontoons at the few restaurants ashore but it really didn’t ring any bells. 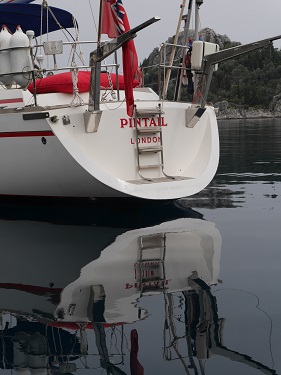 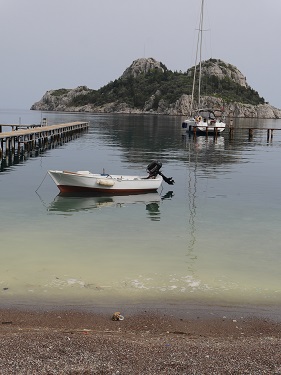 We anchored to the left of the pontoons were there were a few yachts tied up but it was all very quiet still. We went ashore for a walk along the beach and stopped at Deniz Restaurant for a drink. We were really concerned to see a yellow film on the water close to shore that looked like some kind of pollution. Talking to Kadir at the restaurant, he reassured us that it was in fact pollen! No wonder I was sneezing and itchy eyed. This is the first time I have suffered from hay fever since leaving the UK. 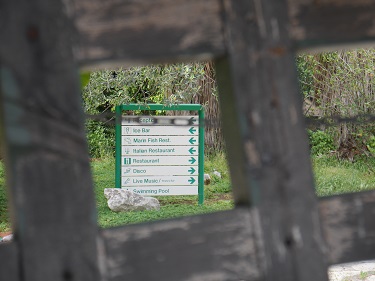 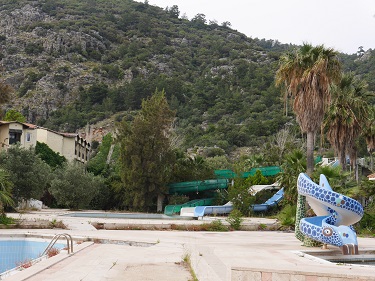 There was a really sad and firmly closed hotel behind the beach. Talking to Kadir we know that it must have already have closed when we were here the first time in 2012 and it certainly showed no signs of opening again anytime soon. Kadir explained that their tourist season has got shorter in recent years. Whereas it used to stretch from April to October, even November, it is now end of May to September. We asked him what he did in the winter when not working at the restaurant. He explained that he has a small farm that grows enough food to keep him and his family going. Spending the summer season at the restaurant means he is away from his wife and young son for extended periods at a time. We can only hope that the downturn in tourism we have heard has struck over the past two years improves for his sake. 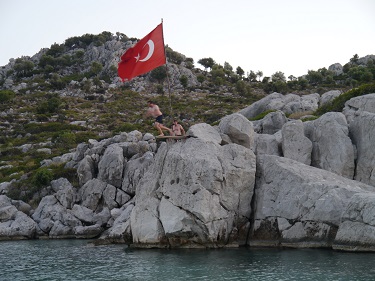 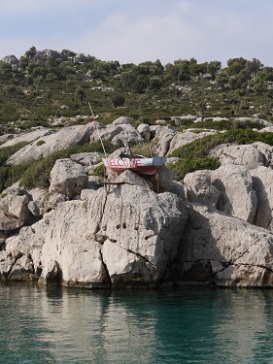 Our next stop at Bozuk Bükü we did remember! The rock that Stefan and Clive had dived into the water from was still there only their diving board had been replaced by a wooden boat welcoming us in. 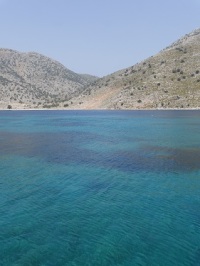 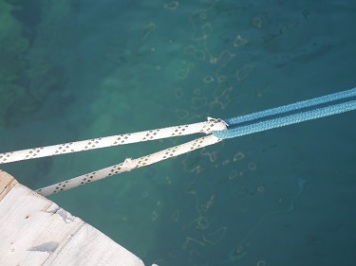 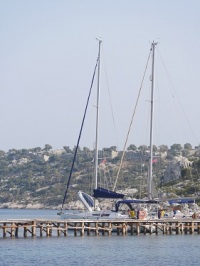 The bay was as beautifully isolated as we remembered and the pontoon still as rustic. Here instead of rusty cleats we had pieces of rope to tie on to! 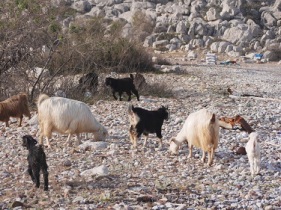 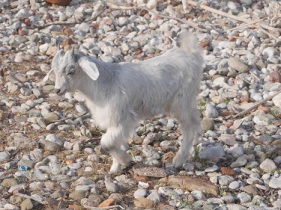 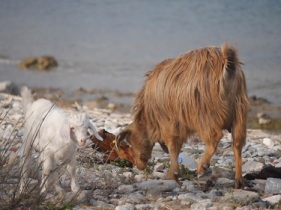 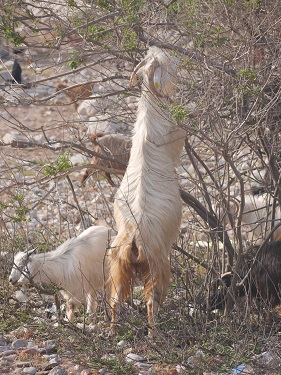 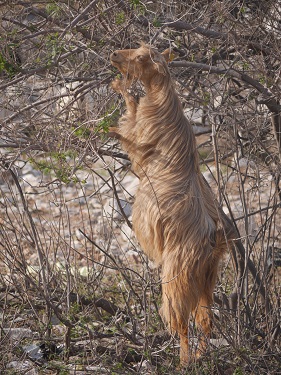 And how could we forget the goats that came down to the beach each evening. This noisy bunch seemed constantly hungry, some getting on their hind legs to reach the greenery on the highest branches. 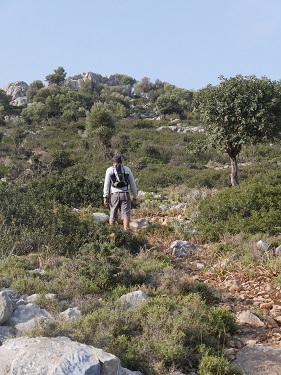 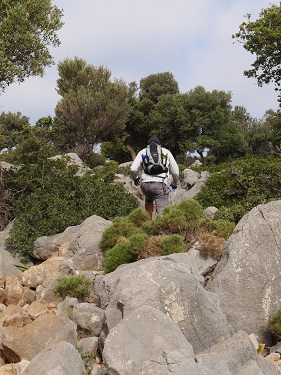 With only a short distance to our next stop we decided to hike up to the ruins of a Crusader castle above the bay next morning. We packed a breakfast picnic and headed off up another barely there path, scrambling up rocks. 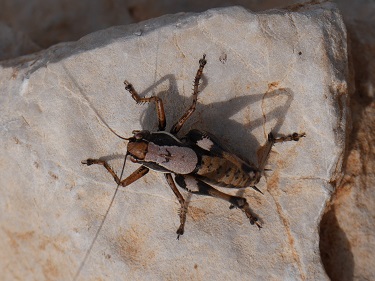 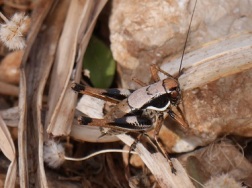 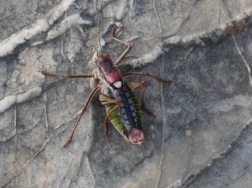 We will forever remember this walk as the grasshopper walk. Every time our feet touched the ground a grasshopper or two or three jumped out of the way. We had never seen so many or so many different types. They were all sorts of colours, bright greens and blues, black and white, brown. They were not the only wildlife we saw. As we passed a flat rock we saw an enormous jet black snake basking in the sun. It must have been a metre and a half long. I wasn’t going to investigate any closer with my camera and our later research didn’t confirm whether it was dangerous. 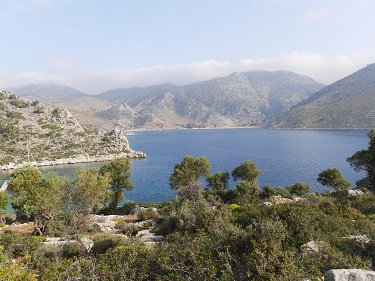 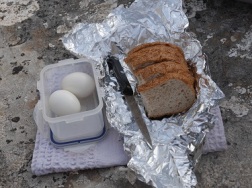 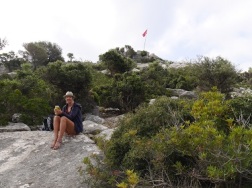 We stepped a bit more cautiously across the rocks after that but braved sitting on one to eat our breakfast looking out over the bay. Stefan made the final climb to the castle at the top but it was a bit vertical for me. 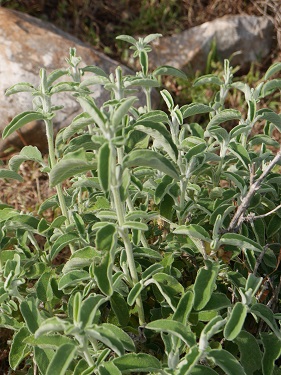 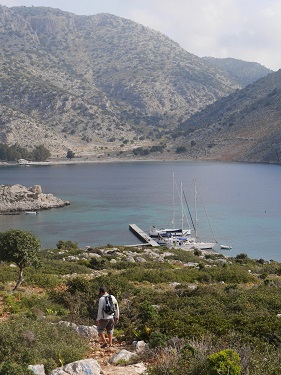 Heading back to the boat we disturbed all the grasshoppers again and found lots of wild sage. The locals make a tea with it but the only thing we could think of making was sage and onion stuffing and it’s a bit hot now for cooking a roast so we didn’t pick any.

One thought on “Goats and grasshoppers”