From our base in Piraeus, it was an easy hop on the metro to the centre of Athens. Stefan had been to the city before and so was happy to leave me to explore some of it on my own. My first solo expedition had a modest aim – to visit the National Archeological Museum. Despite having been somewhat overwhelmed with history in our nearly two years in the Mediterranean and having been to a lot of museums, this one was a must for me. And it did not disappoint. 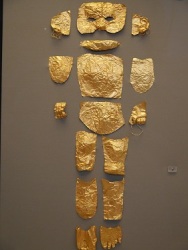 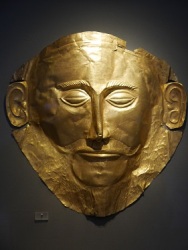 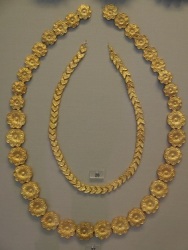 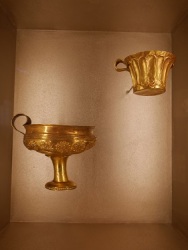 It served as an introduction to the Mycenaeans, the civilisation that came after the Minoans in 1500-1200 BC. The gold burial masks, jewellery and other objects were exquisite 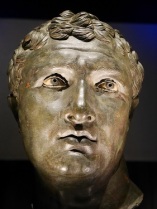 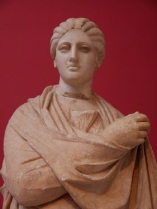 Sculptures in bronze and stone were spookily lifelike with the exception of Poseidon’s giant statue.

In the lovely shaded, central courtyard less pristine sculptures were displayed. These had been rescued from the bottom of the sea after the ship transporting them had been wrecked. The sea had eaten it way into the marble. 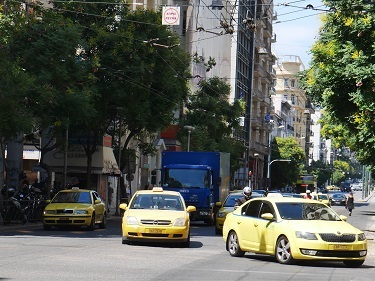 After a good couple of hours in the museum I wandered south down Athens’ taxi filled streets and into the pedestrian shopping lanes where I got my first view of the Acropolis and treated myself to an ice cream.

Armed with our Lonely Planet, Stefan joined me for the book’s suggested walking tour taking in Athens’ main sights.

Getting off the metro at Syntagma Square, we found that the station was part public transport hub, part museum. In the building of many of the city’s stations, archeological sites were uncovered. At Syntagma Square finds were displayed. Stefan found more ancient drainage systems and a whole cross section of wall had been left exposed complete with a burial chamber and skeleton. In more modern times Syntagma Square has been the meeting point for demonstrations opposite Greece’s Parliament building. When we visited there was no sign of trouble, just a rally of the very peaceful sounding Best Buddies movement. 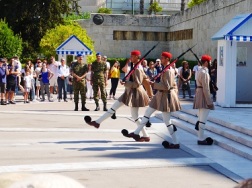 Completely accidentally we timed our arrival outside Parliament in time for the hourly changing of the guard at the tomb of the unknown soldier. A far more ostentatious display than at Buckingham Palace, the soldiers busted some moves that could have come straight out of Monty Python’s Ministry of Silly Walks. The pompoms on the end of their shoes only added to the comic effect but actually their uniform represents a far more serious episode in Greece’s history. Each one of the 400 pleats in their kilts represents a year of the Turkish occupation of Greece and it is a great military honour to be selected to serve as a Guard. 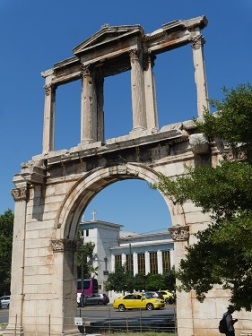 A short walk through the shady National Gardens, passed Greece’s tribute to Byron, and we were suddenly surrounded by two of Athens’ ancient monuments – Hadrian’s Arch and the enormous pillars of the Temple of Olympian Zeus.

Around another corner, surrounded by modern blocks of the new shopping area we found the Roman agora, its ancient equivalent. 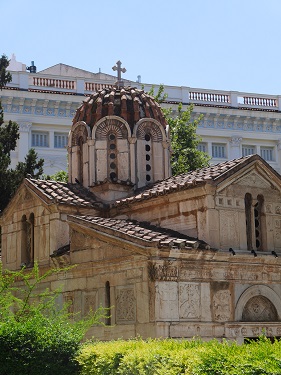 Further on, the uninspiring modern cathedral overshadowing the much smaller, more attractive church of Agios Eleftherios 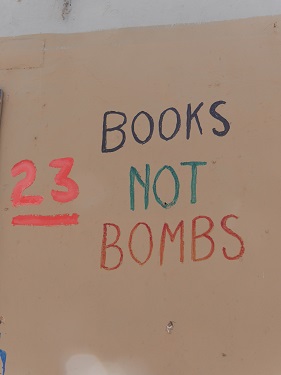 and further into the Plaka area, Tom’s junkyard with his bold political statements. Finishing with a stroll down the main shopping drag we rewarded ourselves with some window shopping.

My appetite for Athens’ ancient sites whetted on our walking tour, I returned the next day to visit the Acropolis. Heeding warnings about crowds and heat I left early and arrived as it opened at 8am. 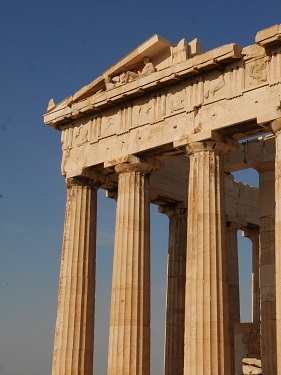 Amongst the towering columns of the Parthenon it was de rigueur to take a selfie. In its location high above Athens this temple to Athena is undoubtedly spectacular but when it comes to almost complete Greek temples Paestum in Italy still wins the prize.

The surrounding theatres and other temples and the views down across the modern city and its nestled ancient buildings made me glad I had made the trip. 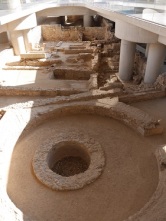 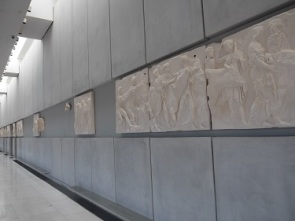 Coming down from the Acropolis I visited the new Acropolis Museum, housing many of the finds from the site and, in its building, uncovering more remains of ancient Athens. The spoilsports forbid photographs of most of the exhibits inside except the plaster casts of the Parthenon marbles, taken controversially by Lord Elgin and now in the British Museum.

After my early morning excursion I was back home at Pintail in time for lunch!

With Stefan’s dad, Jim, having arrived the day before and with plans to set sail the following day, we had time for one last day trip into the city. And what better way to give him the whistlestop tour but our favourite Big Red Bus. This time, unlike in Rome, it stayed dry for our open top ride!

The bus picked us up right outside the marina at Piraeus and whisked us into the centre of Athens. 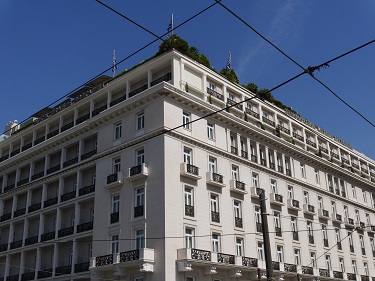 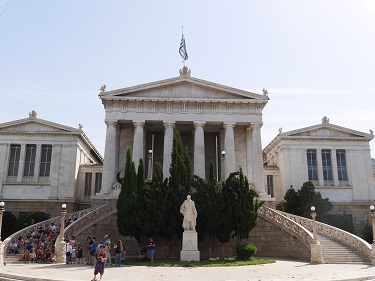 As well as the sights we had seen before, there were plenty we hadn’t – the Neoclassical buildings of the University and Central Library and the Hotel Grande Bretagne, scene of a failed assassination attempt on Winston Churchill in 1944. 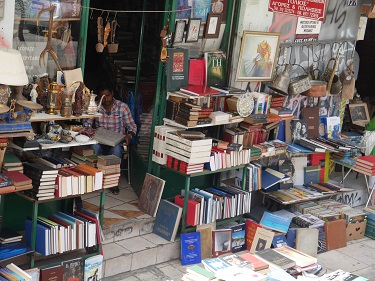 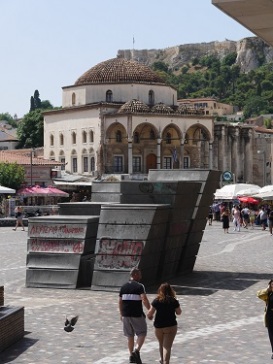 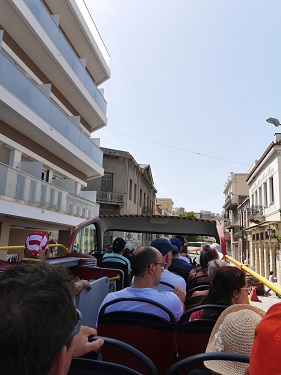 We had a bird’s eye view of Monastiraki Square and its surrounding junk/antique shops and everywhere peeks up to the Acropolis.

We got off the bus at the Panathenaic Stadium, restored to host the first modern Olympic Games in 1895, and headed into the must needed shade of the National Gardens. In search of the café, the winding paths of the gardens were something of a maze and instead of coffee we found only hundreds of terrapins enjoying the sunshine in their pond. From there it was only a short walk down the ancient promenade under the Acropolis to hop back on the bus to Piraeus.

We could all say that in our various ways we had each seen what we wanted to of Athens and enjoyed the city very much.

One thought on “Athens in four day trips”