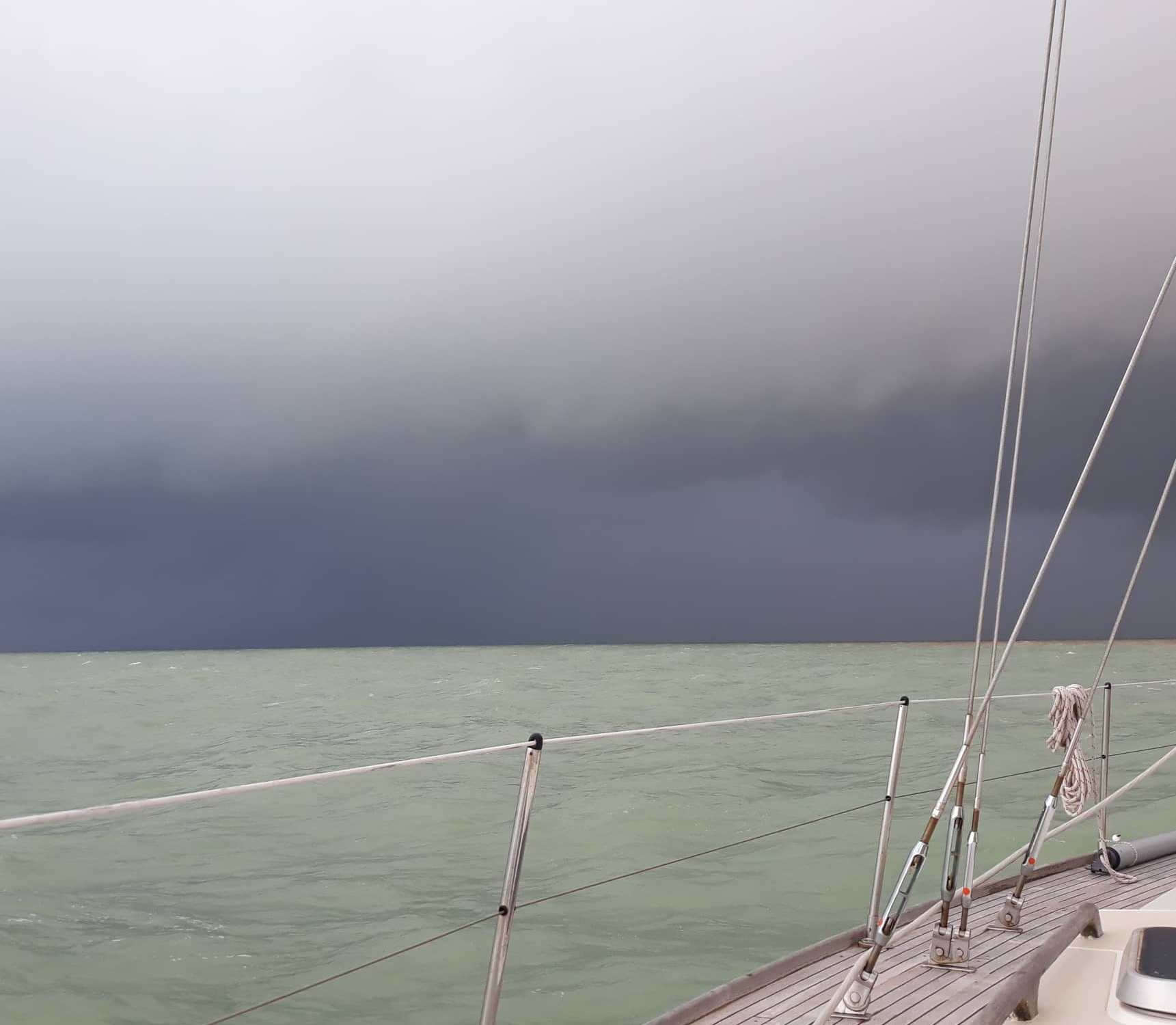 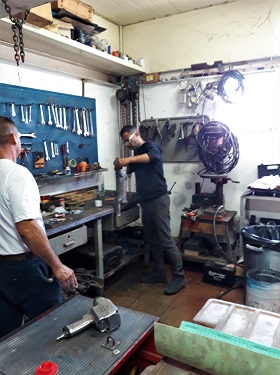 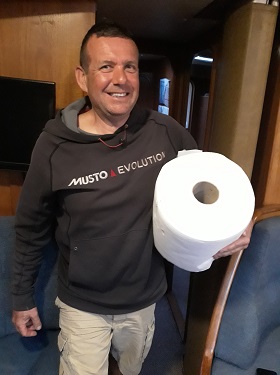 After exhausting Syracuse‘s many attractions, we finally got a message that the heat exchanger was repaired and went to collect it from Massimo and his colleagues. Stefan spent a few hours reconnecting it and we held our breath as he turned the key to the engine and I watched for leaks. Sue ran perfectly and no longer had steam coming from her exhaust. Stefan spent another few hours cleaning the mess in the bottom of the engine bay. This involved an industrial sized roll of paper towels (which made him look like a Borrower on the way to the toilet!) and an entire packet of nappies. Turns out nappies are a brilliant way to soak up all the liquids from the bowels of the engine bay! 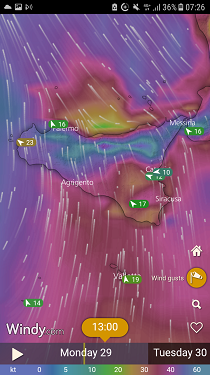 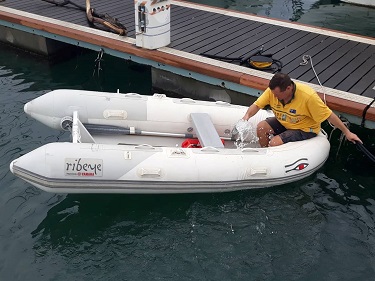 But just as we had the engine back to get us on our way the weather forecast was not cooperating. There seemed to be no break in the strong winds blowing either east or west along the bottom of Sicily and then the wind turned southerly. We sat out three days of howling wind and driving rain on a very bumpy pontoon. At the end of the storm the dinghy was nearly half full of water and Stefan had to hop into it to bail it out. Everything on deck was also covered in a thick layer of orange sand from Africa. That clean up could wait until we got to Licata. 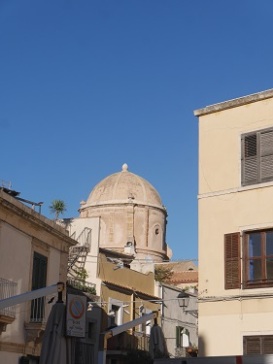 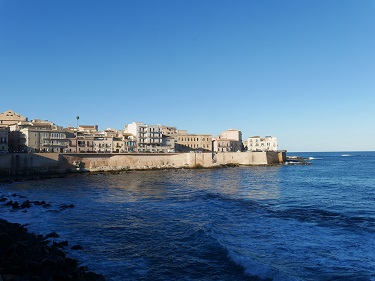 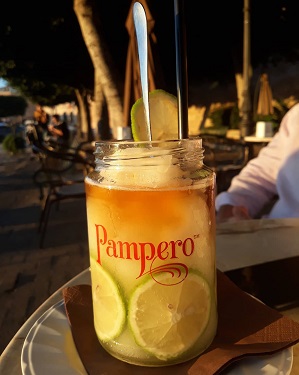 When the storm finally passed we enjoyed our last few walks around Ortigia’s sea walls and a granite cocktail. We were still waiting for the southerly winds to turn round to enable us to make our last journey south. Eventually we found a short weather window, long enough for us to get the 100nm to Licata so we got ready for our last passage of the year.

We left Syracuse in the late afternoon, a couple of hours before dark. Sue was no longer a steam engine and seemed much happier. We enjoyed a very straightforward passage which was a relief after all the stress of getting the engine fixed. We passed the evening together in the unlit cockpit playing I spy at which I was utterly hopeless despite the paucity of visible items on deck. We missed the worst of the forecast rain and largely stayed dry on our dark watches, dodging the tankers heading for Malta and the gas platforms off shore. 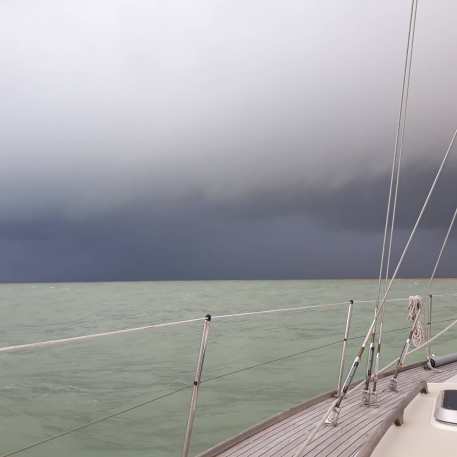 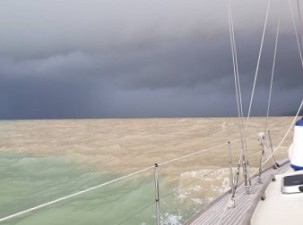 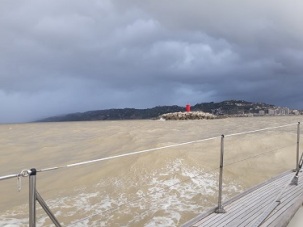 By 8.30am we were making our final approach to Licata. The sky had turned an ominous black and the sea a wonderfully contrasting turquoise. As we got closer to the harbour walls the water changed from turquoise to muddy topaz in an almost perfect line. The river that flows out into the sea next to the marina was creating this multicoloured and slightly unsettling phenomenon. 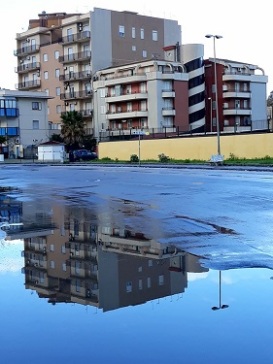 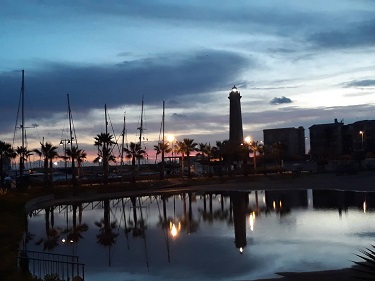 And then as soon as we were safely tied up, it rained and it poured and we barely left the boat for two days as the car parks became lakes. The wind blew hard and we were relieved to find the marina provided excellent protection. When we were finally able to venture off the boat Licata was so deserted that we wondered what memo we had missed advising everyone to abandon the town. It was an inauspicious welcome. 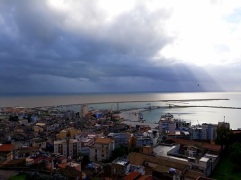 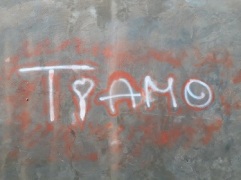 In a break between storms on Sunday morning we ventured further into town in an attempt to get to know our new winter home. Everyone was still firmly inside but at least the graffiti was friendly. 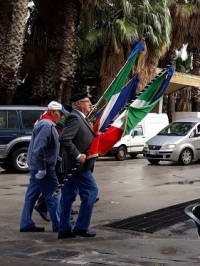 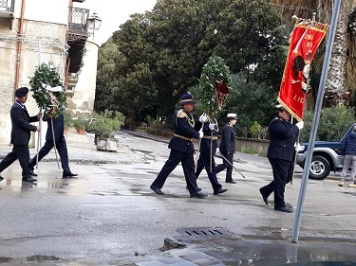 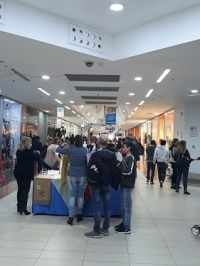 By the time we had walked back down through the old town people were stirring from their homes. At a café having our now habitual “due cappuccini” we watched a small parade to the war memorial. The shopping centre at the entrance to the marina which we’d had to ourselves on our first visit was unexpectedly crowded with shoppers who had seemed to have appeared from nowhere. 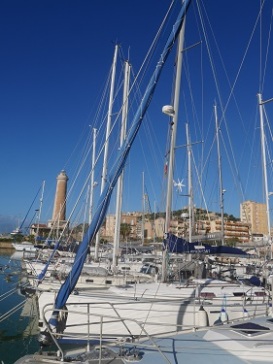 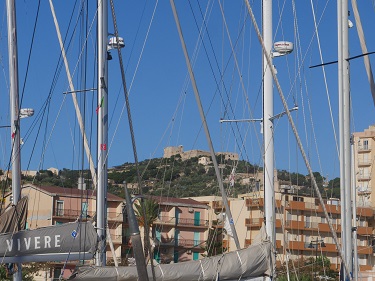 And as the sun came out over the following days we started to feel more at home in the shadow of the lighthouse, watched over by the castle. Slowly we are getting to know some people and getting into the routine of winter boat jobs, Sunday BBQs, Happy Hour drinks, Italian lessons and pilates classes whilst planning some winter adventures in Sicily and beyond…

2 thoughts on “To our winter berth, finally!”