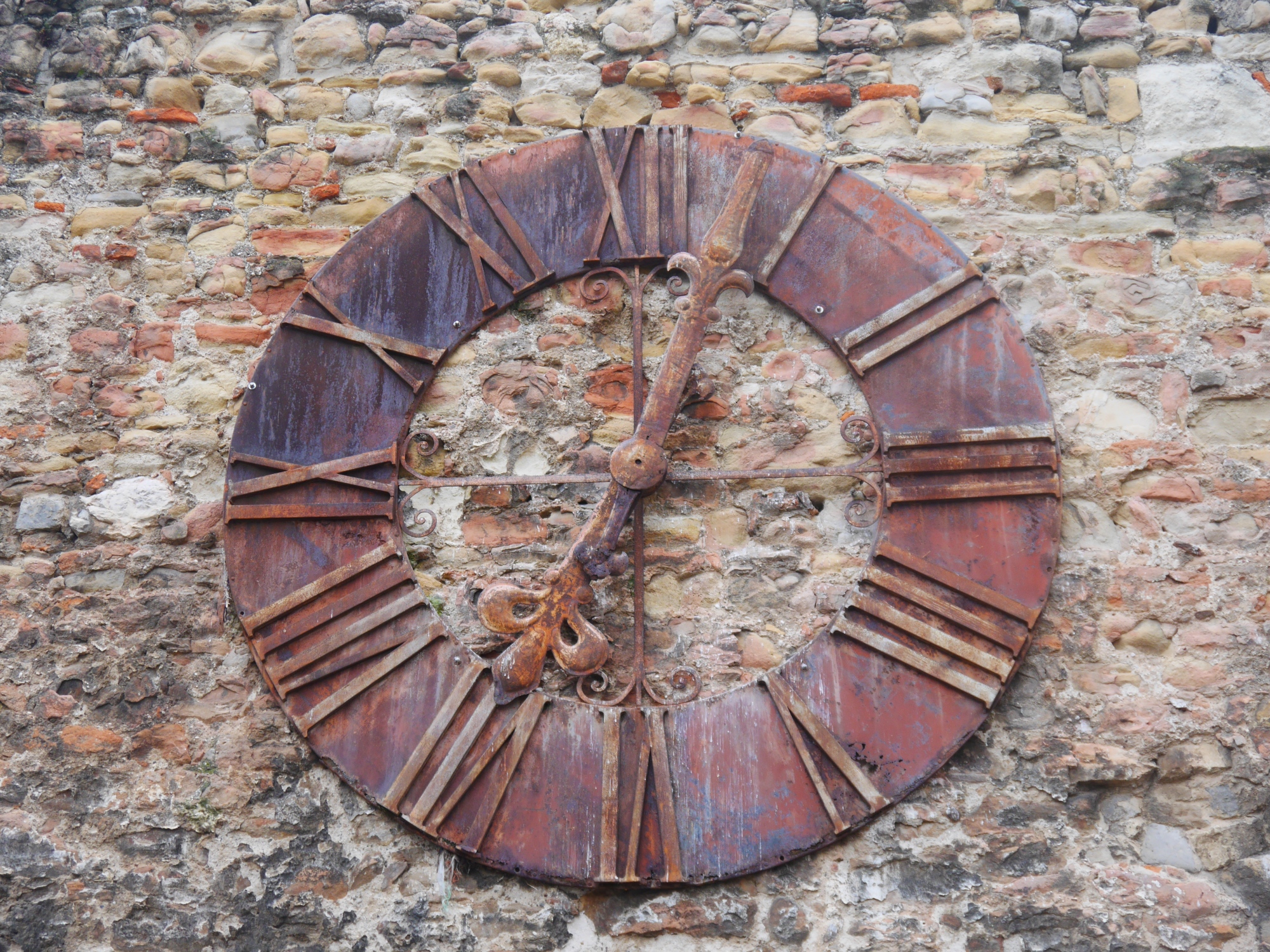 When we first met baby Bella at Lake Bled, at just six months old she had already visited three European cities. As she showed no sign of slowing down, on our way to Zagreb we decided to make an extra stop so she could tick Slovenia’s capital, Ljubljana, off her list as well! We left the winter wonderland of Bled behind us and found the city a little damp and grey. 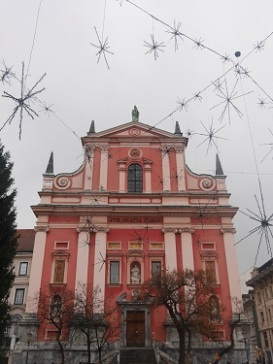 They were doing their best to cheer it up by putting up the Christmas decorations in Presernov trg, the pedestrianised intersection across the Triple Bridge. A week later we might have found the Christmas market open. 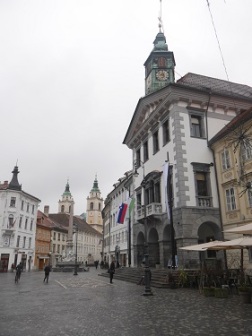 where we found the Town Hall and cathedral 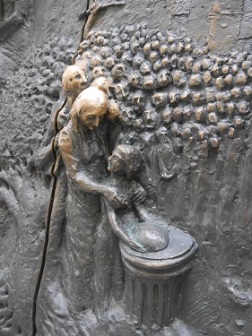 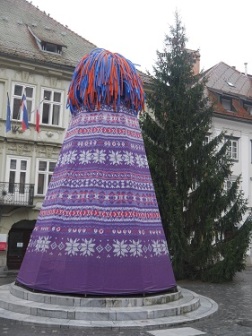 and some quirky and seasonal sculpture. 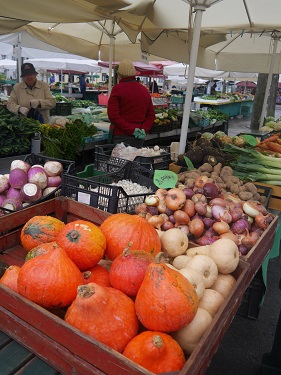 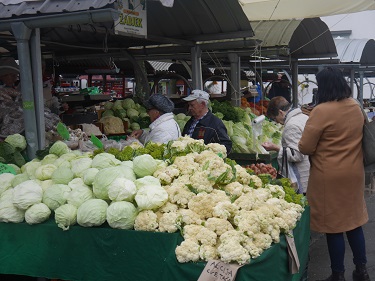 Despite the cold there was plenty of fresh veg at the daily market.

Honey is big business in Slovenia and we found lots of specialist honey shops full of every conceivable honey products. Ranny, also known to everyone as Honey, was in honey heaven. She bought us each a honey lollipop in Honey House. Bizarrely we also found a Sicilian stall at the market and, although he wasn’t going to make it to Sicily on this trip, Andy was able to sample the kind of sweet treats we are trying hard to resist back in Licata.

However, we couldn’t leave Slovenia without trying it’s national sweet treat kremsnita, a calorie packed combination of custard and cream encased in pastry. Whilst we devoured it Stefan distracted Bella with her own reflection. She’s not ready for that much sugar just yet! 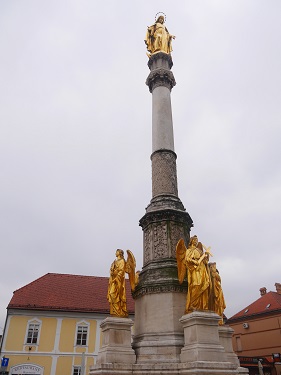 A few hours later we found ourselves in another country, Croatia, and another capital city, Zagreb. 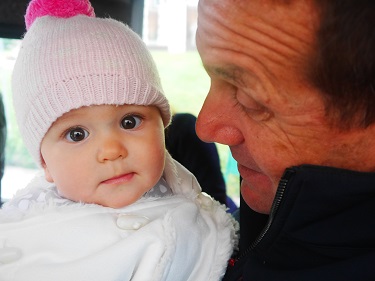 As we often do when we are only in a city for a short time, we took a sightseeing bus to make sure we saw as much of the city as we could. However, this was not Bella’s first sightseeing bus ride – she had already been on the one in Munich – and to be honest she was far more interested in what was going on inside the bus than outside!

Off the bus we visited the cathedral which has been being restored for the past 20 years since an earthquake caused considerable damage. 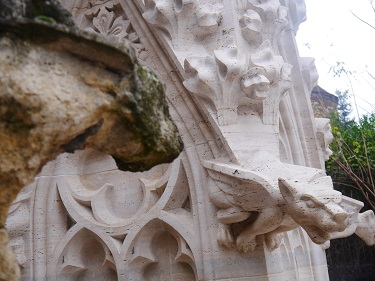 The elements had also taken their toll on the gargoyles as the before and after restoration display in front of the building showed.

We had time for a walk through the market – lots of beautiful wooden toys and neck ties which originate from Croatia. Croat soldiers apparently introduced the cravat to 17th century France.

Through the Stone Gate with its shrine to the Virgin and Child we entered the Upper Town and visited its main attraction, St Mark’s Church – the 13th century church with the coats of arms of Croatia, Dalmatia and Slavonia and Zagreb on the roof. 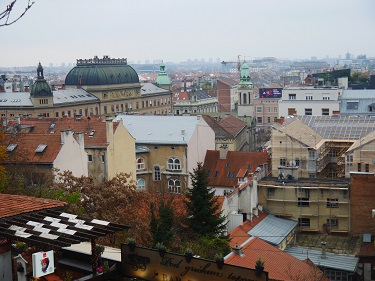 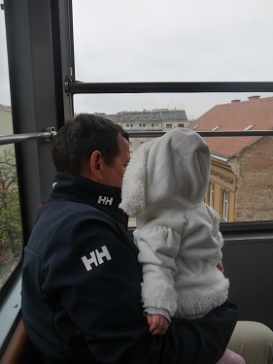 We finished our Zagreb sightseeing day with a ride on the funicular railway down the steep hill from the Upper Town. This was not Bella’s first funicular railway trip either – she had been on one in Saltsburg! She really is taking this travelling life in her tiny stride.

And then it was time for Bella and her mum and dad to get on a flight back to London and for us to head back to Italy.

Thanks so much guys, for letting us share in some of your European adventures. It was wonderful to spend so much time with you and meet gorgeous Bella. We promise to visit you in Oz before she leaves home…