Before we returned to the UK for Christmas and whilst we had our hire car we took a road trip to the west coast of Sicily. 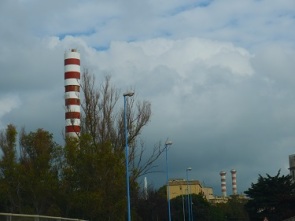 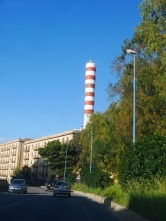 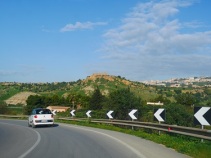 and more than a smattering of archaeology. 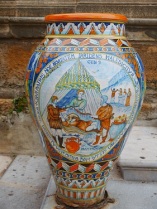 On our drive west to Marsala we stopped for coffee in Sciacca (pronounced Chaka as in Chaka Khan!). The town must be a centre for ceramic making in Sicily. It was everywhere – in the flower pots, staircases, street furniture and the shops – and really brightened up the grey of the day. 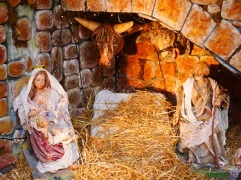 We even found a ceramic Christmas crib, typical to Sicily. All the usual players were there – the holy family, the shepherds, the three kings but who were the woman on balcony and the slightly crazed person up the stairs?

The town is a combination of grand palazzi and jumbles of tiny lanes leftover by the Arabs. 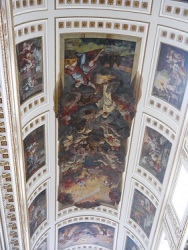 When it started raining we ducked inside the duomo. Regular readers will know that we try not to enter religious spaces so as not to disturb those at prayer or worship. We needn’t have feared here. In the back pew we found three older men chatting, one showing the others some video on his phone (sound on!) like a teenager. We tutted to each other as we saw another man towards the altar, head bowed. How dare these three disturb his prayers! As we tiptoed closer we realised his head was not bowed in prayer but also in his mobile phone! So we stopped tiptoeing and continued admiring the ceiling.

Leaving Sciacca we made our way up the west coast along endless bumpy roads surrounded by low flat roofed buildings. It had more than a feel of the wild west to it. 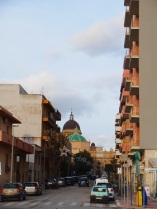 Eventually we found ourselves in Marsala and our accommodation for the night. Before the light faded on the city we had time to wander through the old streets and down to the sea 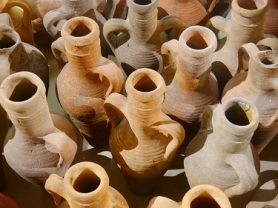 where we found a rather sad looking archaeological museum. As well as the usual collection of coins, amphorae (just how much wine did the Romans drink?!), statues and vases

we found something that took us back to where our archaeological education of the Mediterranean began, with evidence from the Punic Wars we had first been introduced to in Cartagena back in Spain. Discovered by a British underwater archeologist, Honor Frost, this warship from about 235BC was propelled by 17 oarsman on each side and likely saw action in the wars between Carthage and Rome. 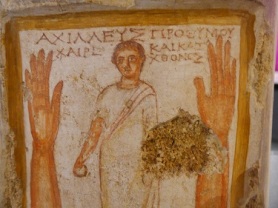 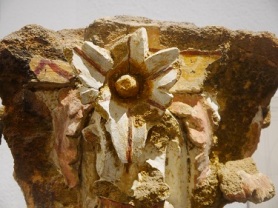 Outside the museum, perhaps with the exception of the paved street, the ruins of ancient Marsala were very disappointing but rescued back inside by some of the best examples of Roman decoration we have seen so far.

Before we went out for the evening Stefan had a haircut from a very chatty barber who spoke no English. Through my very embryonic Italian translation, he told us he had not spoken English since he was six years old. He was, however, the proud father of a daughter living between the US and Milan who had written a book about psychotherapy in English. He had a copy of the Italian translation in his saloon. While he cut Stefan’s hair he gave it to me to read. Given that my Italian is more “the cat sat on the mat” I didn’t understand much! 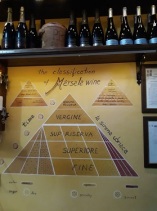 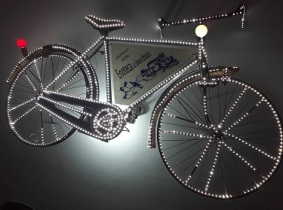 Whilst in Marsala and before we went for a pizza we thought we should try the local Marsala wine. We tried two at the dry end of the taste scale – the superiore and the superiore riserva. Stefan thought the latter tasted of washing up liquid but I quite liked it!

The streets all lit up for Christmas made Marsala a very pretty place for evening wanderings.

The following day we made our way slowly back to the marina. It’s fair to say that by now our enthusiasm for ancient sites is somewhat jaded but as we were passing we simply had to stop at Selinute described as one of “the most striking archeological sites in the Mediterranean”, “a supreme example of the fusion of Phoenician and Greek culture”. As we pulled up in the empty car park we were greeted enthusiastically by a stray dog. Having seen us to the ticket office she became our loyal guide around the site. 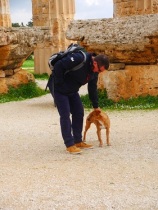 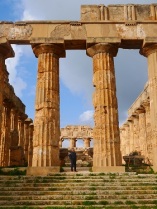 Through a lush green tunnel of overgrowth, she led us first to the imaginatively named Temple E, probably dedicated to Hera, hidden from sight until we emerged with a “wow” we hadn’t uttered for a while. 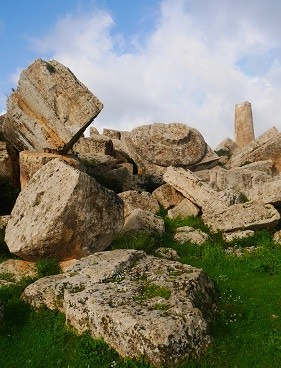 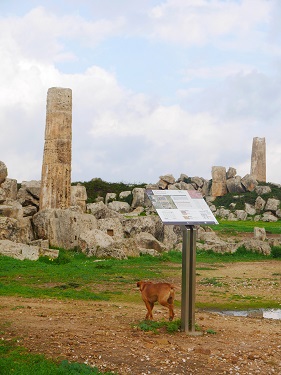 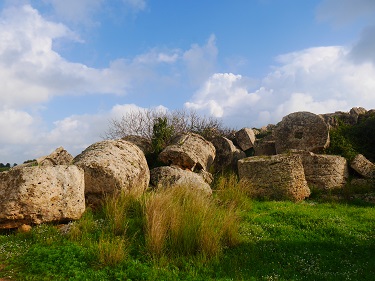 Temples F and G next door had long been reduced to rubble, their columns resembling giant cotton reels.

The descriptions of this incredible site were not wrong. Not since Paestum had we been able to walk around such a complete Greek temple but it is the site’s location high up overlooking the sea that really makes it, a view not lost on our canine guide. And apart from her company, we had the entire site all to ourselves. 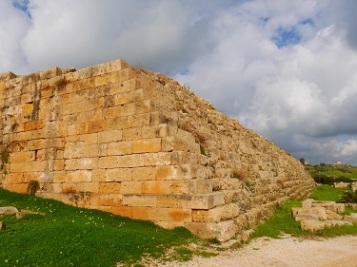 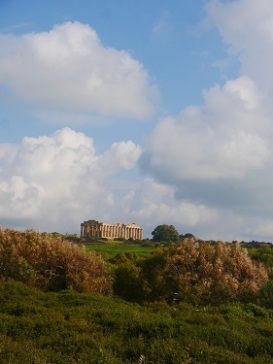 Some distance away across a valley is the Acropolis, the thick walled city which is home to Temple C, a little less complete than Temple E but still impressive. The Acropolis also offered a brilliant view back to Temple E. We stroked a fond farewell to our furry friend and returned to the car thinking we surely must now have seen all the best examples of Greek architecture in the Med. Rather rashly, having seen Selinute, I promised Stefan we need not visit any more ruins. 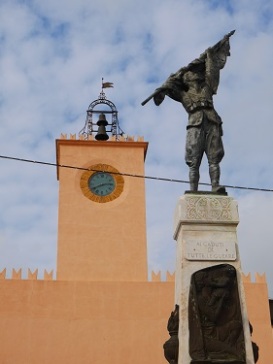 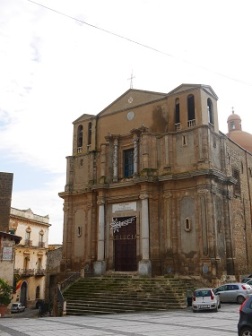 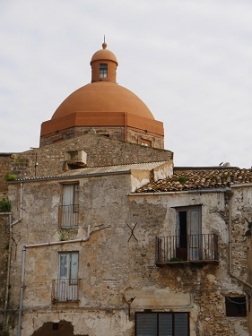 Our final stop was a brief look around the hill town of Siculiana, overlooked by a former Arab fort. At the Chiesa Madre they were getting ready to celebrate the festival of Santa Lucia but we headed back to Licata for the festivities…