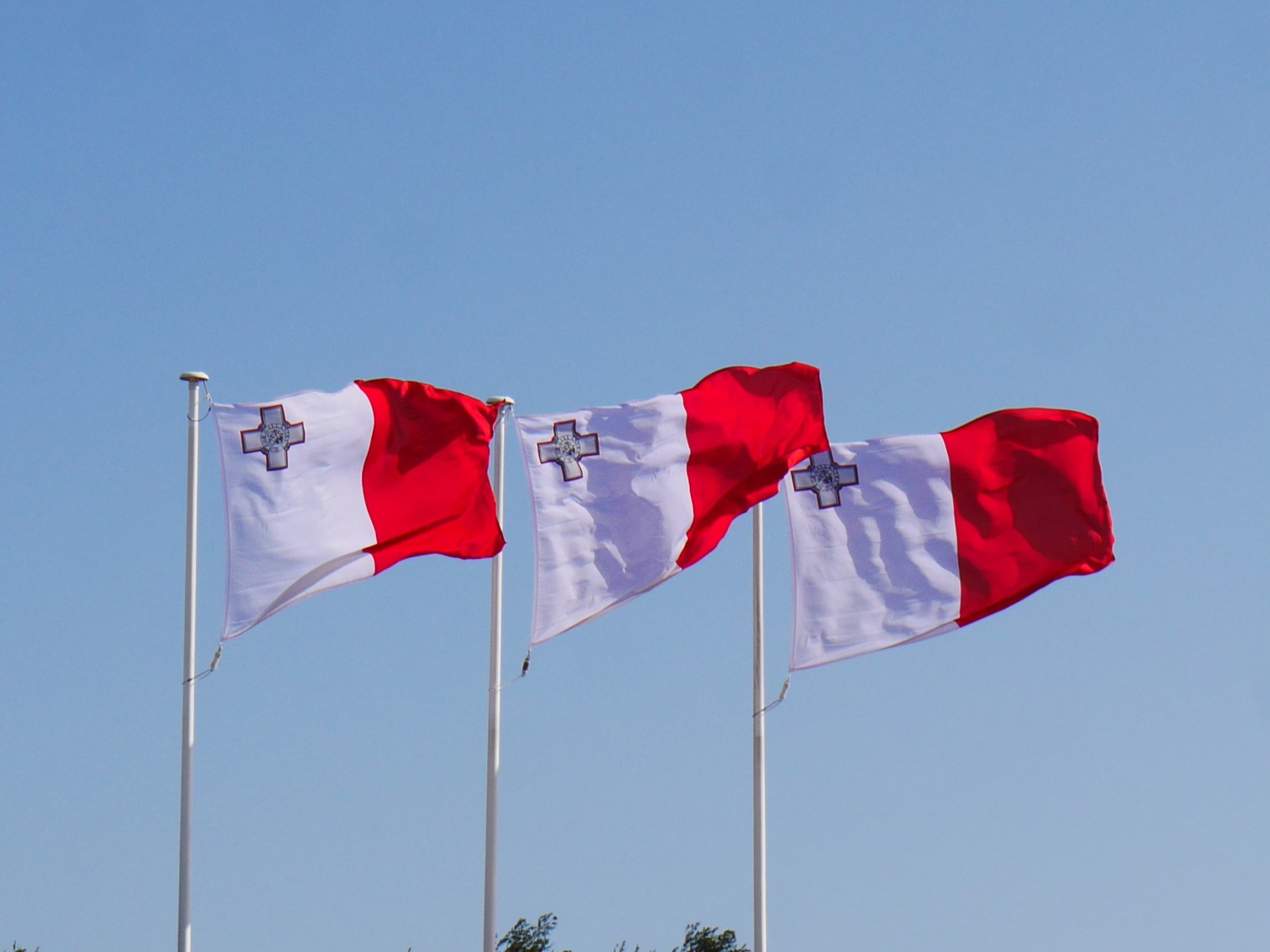 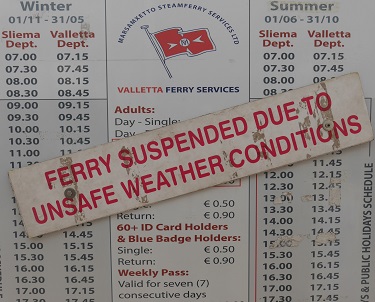 We had originally planned to visit Malta with Pintail at the end of last season, before we arrived in Licata for winter, but weather and engine problems got in the way and we didn’t make it. So instead we took the plane for a week’s visit and when we did we were glad we had because the swell in the harbour was so big that even the ferry service was suspended for a couple of days.

What we found on Malta was like a crash revision class in the histories we have learnt in the Mediterranean and, despite being more than a little ruin fatigued, we loved it. So this blog post is more history lesson than travelogue, a chronological journey through Malta’s history rather than our stay on the island.

These days history has to be pretty old to impress us and Malta served up some of the most ancient history we’ve come across so far. 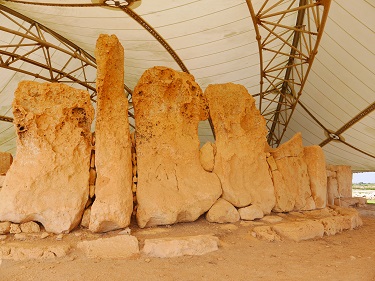 The mysterious temple builders are thought to have crossed from Sicily in rafts before building their stone temples in around 3500BC. That’s over a thousand years before Stonehenge. We visited two of these incredible structures in the south of the island, Hagar Qim and Mnajdra.

Small elliptical holes allow the sun to mark the coming of each equinox by flooding their semi circular worship spaces with light. 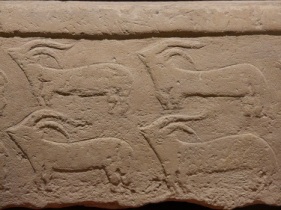 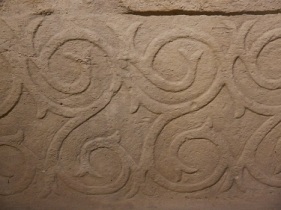 The decorative dots, spirals and animals found at the site and in the archeological museum in Valletta seemed way ahead of their time. 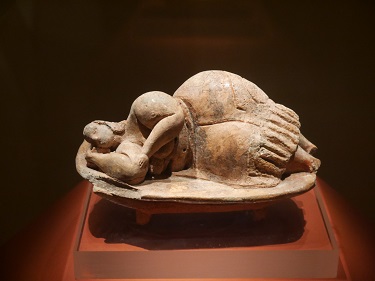 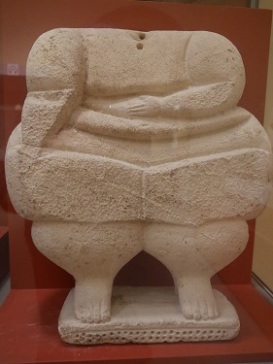 More astonishing are the “fat lady” statues found at the site including the 5000 year old Sleeping Lady and Venus of Malta. No one seems to know quite what they represent but it’s reassuring to know that our megalithic fore-sisters celebrated women in all their sizes.

Like the Cretan Minoans no one really knows what happened to the Temple Builders but they disappeared in about 2500BC and their secrets with them. 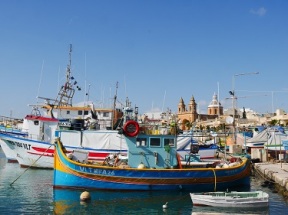 Fast forward to the Phoenicians who traded around the Mediterranean from around 1000BC. Little evidence of them remains on Malta other than some trinkets except in the pretty fishing harbour of Marsaxlokk. 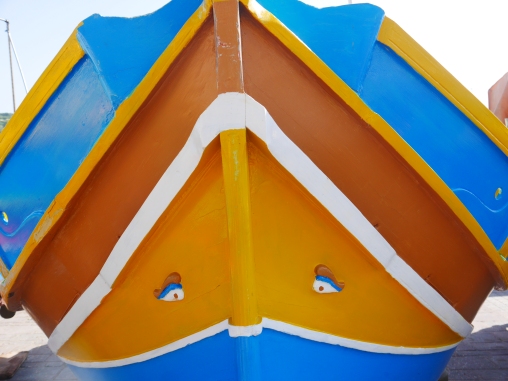 It is thought that the eyes painted on the bows of the luzzu for good luck are a tradition that dates back to the Phoenicians.

After a brief two and a half century rule by the Carthaginians and after the Second Punic War, in 218BC the Romans took charge of Malta. 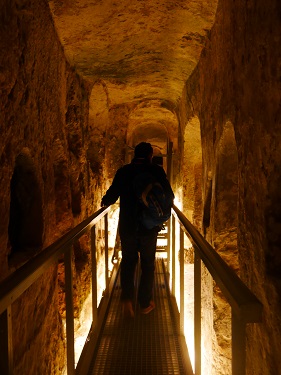 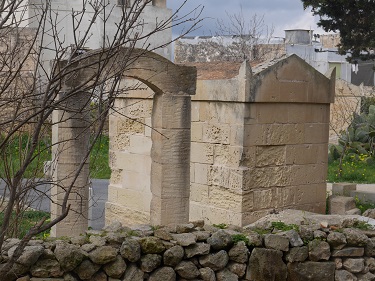 They left behind a series of catacombs outside the city walls of the old capital of Malta, Mdina. 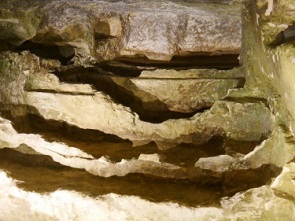 Like the catacombs in Syracuse we descended into these spooky burial chambers but this time, alone. It was far from funny when Stefan said “I wonder what happens if the lights go off” and shortly after, as if someone unearthly had heard him, they did. Mercifully they came back on before we had time to get too terrified or lost deeper in the narrow lanes of the underworld.

When the lights were on the catacombs spoke of burial traditions and rituals of the Pagan, Christian and Jewish people living during the Roman Empire 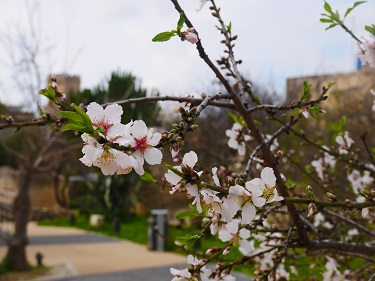 but we were glad to get back up outside to find new life blossoming. 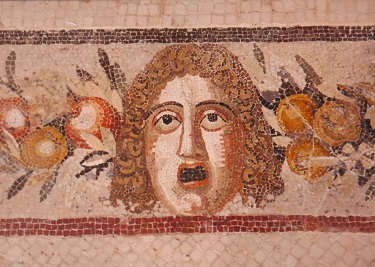 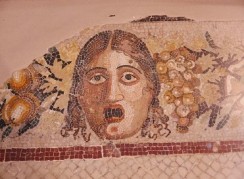 Inside the fortified walls of ancient Mdina was a Roman domus, later built on by the Arabs so that nothing remains but some fragments of its mosaic floors. We were fairly confident that they would prove no match for the mosaics of the Villa Romana in Sicily and they weren’t but our visit did teach us a Roman fact previously unknown to us. If a Roman house was inside the city walls it was called a domus. If it was outside it was a villa. 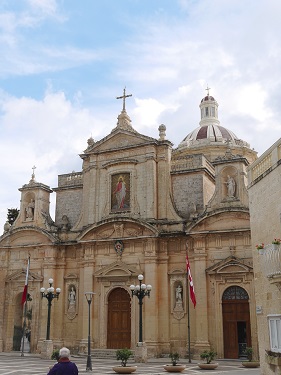 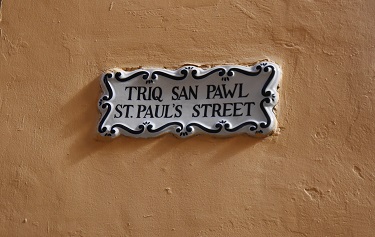 During Roman rule on Malta, in 60AD, St Paul’s voyage to Rome was briefly interrupted when his ship was wrecked off Malta and he made it his temporary home for a few months. He stayed in a cave in Mdina, now subsumed under St Paul’s Cathedral and introduced the people of Malta to Christianity. 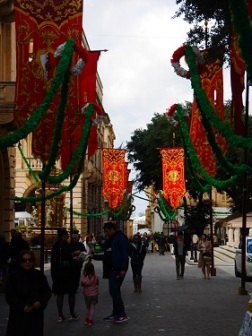 We just happened to be on Malta for the Feast of St Paul’s Shipwreck, celebrated every year on 10 February with processions, services and fireworks and banners in all of the streets.

Those later, more tyrannical Christians, the Byzantines, didn’t leave too much of mark on Malta, using it only as a prison for political prisoners. 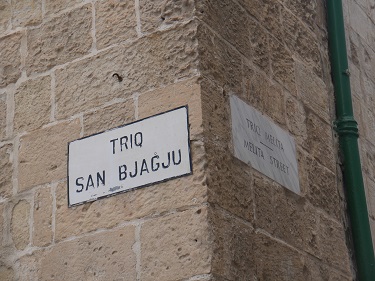 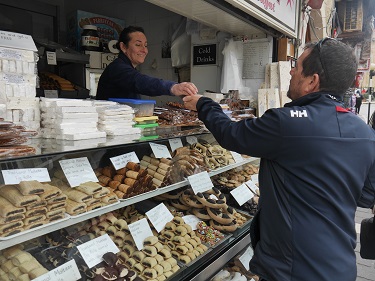 The short rule of the Arabs from 870AD, however, had a much more lasting impact on Malta. Place names, street names and the Maltese language all reflect their occupation. To our untrained ears, Maltese sounds very like Arabic. And in Mdina, the city rebuilt by the Muslim invaders in the 11th century we found the kind of sweet treats we would expect to find in north Africa. We can report that the date slices are very tasty indeed.

Having been converted to Islam by the Arabs, in 1127 Roger the Norman (his name never fails to make us laugh!), King of Sicily, also took charge of Malta and converted it back to Christianity. By the 16th century the Maltese islands were ruled by Charles V of Spain and it was his decision to turn the islands over to the protection of the Knights of St John that shaped the modern history, architecture and culture of the islands

and reintroduced Stefan to his favourite Mediterranean characters…

One thought on “A history of Malta in seven days: Part One”