Arriving in Ajaccio, relieved to finally be out of the swell and on a proper mooring in a protected marina for the first time in over a week, we realised we knew embarrassingly little about its famous son. Our travels through European waters had so far taught us that Napoleon lost the battle of Trafalgar, stopped off to occupy Malta for a few years only to be ousted by the British and was exiled to Elba for a time. 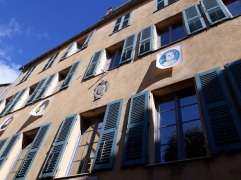 A visit to his childhood home in Ajaccio’s old town filled in some of the gaps. Napoleon Bonaparte was born in Ajaccio in 1769 and christened in the cathedral. At the age of only 9 he was sent to Paris to be educated. In accordance with tradition as the second born son he was destined for the military. Arriving speaking only Corsican he quickly had to learn French but by all accounts never lost his thick Coriscan accent

At military school he excelled and when the French Revolution saw the death of the monarchy the birth of the Republic it paved the way for his rise from brilliant military strategist to Emperor of not just France but a great deal of Europe. 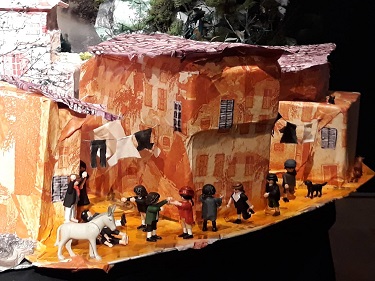 As his empire grew he installed his brothers and sisters as rulers of countries and provinces. Battle after battle saw his territory grow, illustrated in the museum by tableaux of Playmobil! 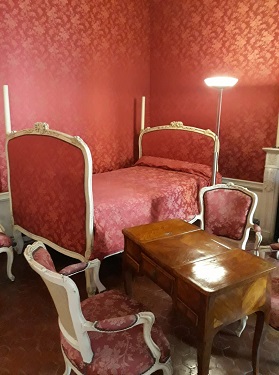 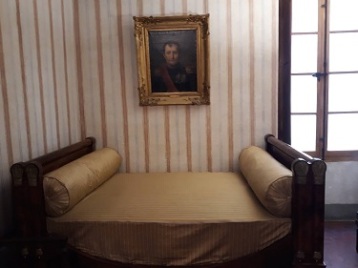 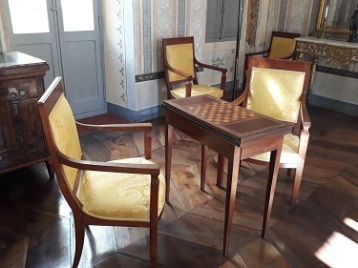 He returned to the house for a visit on his return from his campaigns in Egypt.

After visiting the museum we sat looking down Place Foche, dominated by its statue of a toga clad Napoleon, eating an ice cream. Stefan said “that museum didn’t teach me much. They didn’t even mention the battle of Trafalgar”. Funny that. Learning different perspectives of history has been one of the most fascinating things about our travels. Sometimes what is left out is equally telling.

Whatever the truth of his ruthless empire building ways, his iconic image is celebrated everywhere in Ajaccio. 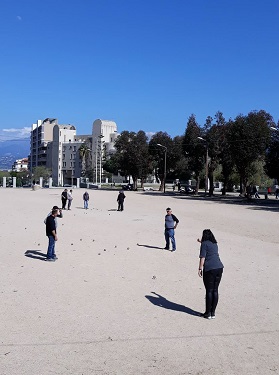 Even today’s very serious games of boules are played under his watchful eye. 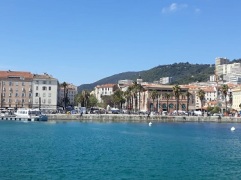 Napoleon aside, opposite the boat across the port, Place Foch is the beating heart of modern day Ajaccio and somewhere we walked through or visited every day during our stay. The market stalls sold everything we needed to stock up and lots of Corsican sausage besides. 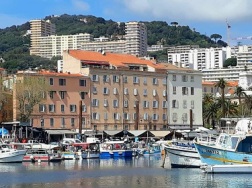 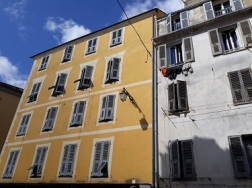 Elsewhere Ajaccio was bright and pretty. 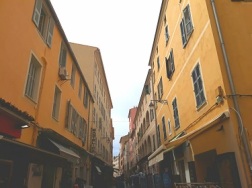 Even in the drizzle the colours of the buildings shone.

Its citadel, perched predictably out into the bay above the harbour, is still used by the military and its moat home to two donkeys. 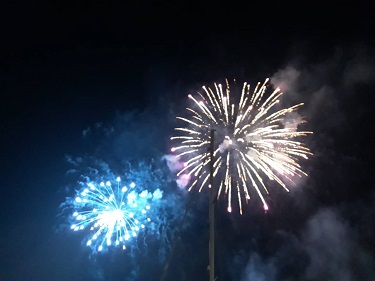 Napoleon’s birthplace had been kind us. We were refreshed, Pintail’s water tanks refilled and we were ready to tackle Corsica’s west coast. The town even lay on some fireworks for us on our last night!

2 thoughts on “In search of Napoleon”