We had booked to stay in Peniche until the Monday but the forecast was for no wind and then some bigger stuff heading in which we didn’t fancy so we left with the Faiths and the Stormschnitzels on Sunday at 7.30am. 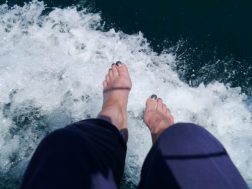 As it happens there was not much wind on Sunday either but we had a gentle motor down the coast. The sea was calm enough for dangling legs over the side.

On arrival in Cascais we decided to go into the marina for a couple of nights. Getting in was a little bit stressful. We had to wait to get onto the reception pontoon and then our allocated berth was occupied so we took another from which we then had to move to another. Negotiating four different berths with accompanying swapping of lines and fenders left us a little frazzled. Embarrassingly we were in bed at 9.30pm when the Germans came hull-knocking! 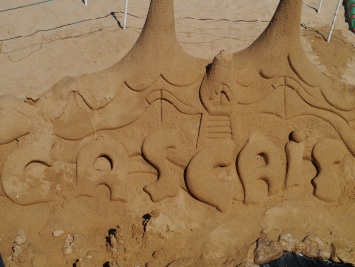 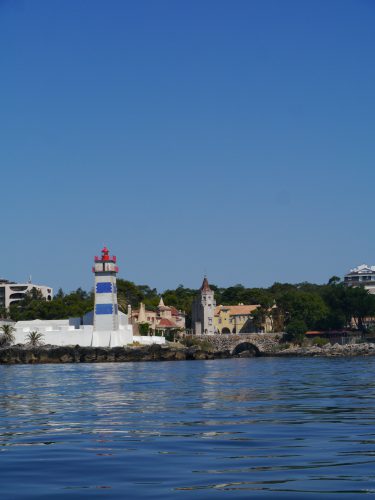 Cascais is an upmarket seaside town just a short distance from Lisbon and its tiny beaches and streets were packed with tourists. 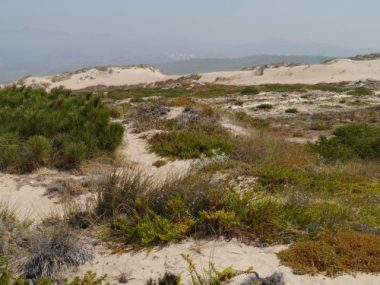 Before we moved the boat out of the expensive marina (not even a free bottle of wine was going to tempt us to stay at those prices) we got the bikes out and cycled north, back up the coast we had sailed down. Cycling north meant of course cycling into the wind and there was one point when even cycling downhill required some effort! We were rewarded with the sand dunes at Gunicho. 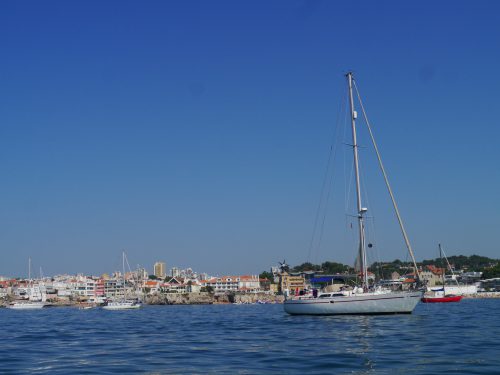 We headed out to join the Germans out at anchor in the bay – our first extended stay at anchor. 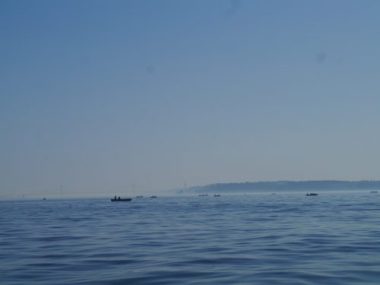 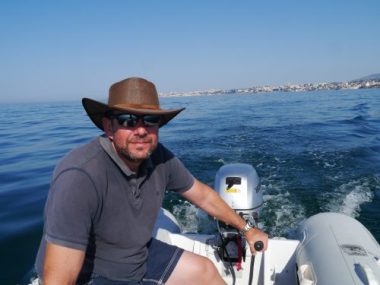 Early one morning we took a trip around the bay in the tender, round passed the resorts of Estoril and Oeiras, to the entrance of the River Tejo where through the morning mist and fishing boats we got our first glimpse of the 25 April bridge. 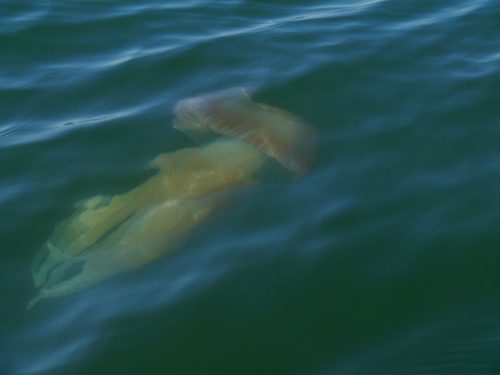 We also saw plenty of sealife. These enormous jellyfish put me off swimming entirely! 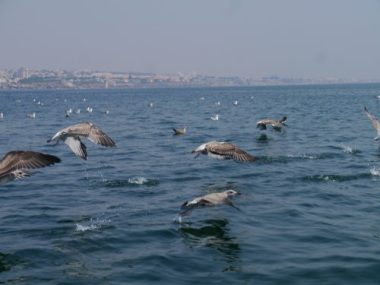 And we did our fair share of seagull  bothering!

In Cascais we had our first proper visitors (if you exclude the Germans who by now were semi permanent fixtures on board!). My friend and colleague now living in Lisbon, Davina, came to hang out with her partner Stuart. We visited the Paula Rego museum. Described as Portugal’s greatest living artist her work was mostly on the disturbing side – very, very dark fairytale tableaux, many with a recurring creepy Mrs Danvers type figure. The museum itself was a stunning building!

Generally however in Cascais we just hung out between boats or in the town with the Germans. We were starting to think about going our separate ways – the Stormschnitzels to Lisbon to spend time with Jule’s mum, the Faith’s to hang out with Michael waiting for his papers and permission to stay in Europe and us to Lisbon too to meet up with our second visitor, Richard. We had the first of several farewell get togethers – this time on Stormschnitzel. Jule even baked another cake!

On Sunday we started to pull up the anchor to leave. The winch ground to a halt and we found a tangled mass attached to our chain – another enormous anchor, a smaller one just for luck and a load of weed!

Wetsuits were donned in attempts to free us but to no avail. Michael captured some great underwater shots which appear on Faith’s blog. 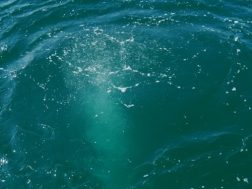 We needed to call in the professionals! After some miscommunication and a day’s wait a diver arrived to undo the tangle. So we had an extra night in Cascais and a great night’s sleep – we knew with all that attached Pintail was going nowhere!! 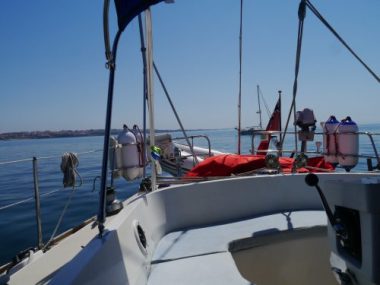 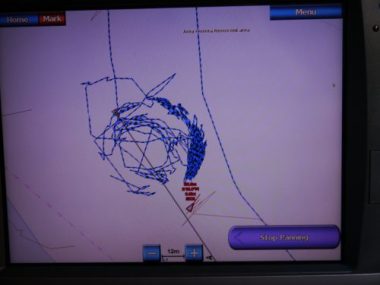 The view from our anchorage in Cascais and the Spirograph like track of Pintail’s little dance around her anchor during our week there.