Nazare was another stop that was not on the original itinerary (although technically that had been ripped up somewhere off Start Point!) but with some local knowledge and more studying of the pilot book it looked like a good place to break the journey down to Peniche.

Leaving Figueira was a bit stressful for Stefan. We were in the tightest berth he had ever manoeuvred out of but we were thankfully and enthusiastically assisted by our British neighbours again, Trevor and Irene. Whilst Stefan negotiated us out of the small harbour I desperately tried to tidy all our fenders and lines away before we hit the open sea and the swell. But no luck this time, I was still tying up the lines when the swell came. Standing at the stern whilst rocking from side to side, unable to hold onto anything with both hands occupied is a careful test of balance and core strength.

Of course there was not enough wind for sailing and an exasperated Stefan declared that he had been thinking of writing a book entitled The World at 5 knots. He was now retitling it The World Chewing Up Valuable Diesel Resources! “Not even you could start an action group to get the wind blowing at the right speed” he told me! 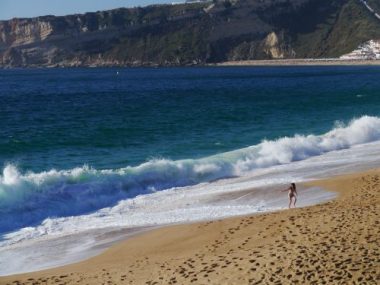 The entrance to Nazare was flanked by spectacular cliffs, with layers of rock slicing diagonally into the sea and into the deep underwater canyon that creates some dramatic waves when the conditions are right (for surfers, not for sailors!). The waves breaking on the beach when we arrived were as big as we wanted to see. 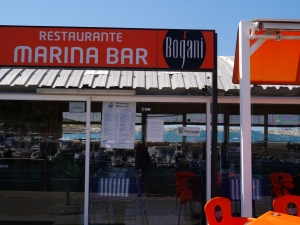 We had a great dinner (salt fish again for Stefan) watching the sun set over the harbour at the very popular Marina Bar and thought about our friends back at the marina bar in Essex. 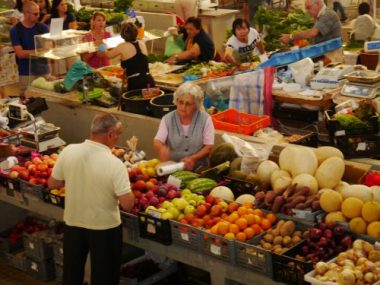 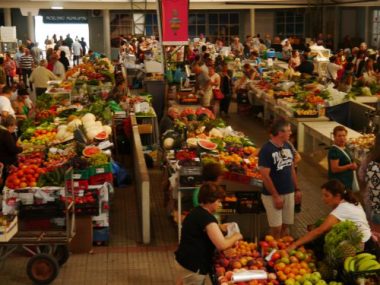 Our one day in Nazare was a busy one. We stocked up at the local market and continued our desperate search for mushrooms which had been seemingly  completely unavailable in Portugal. We were not successful this time either and had to rely on some dried ones we brought with us from home. 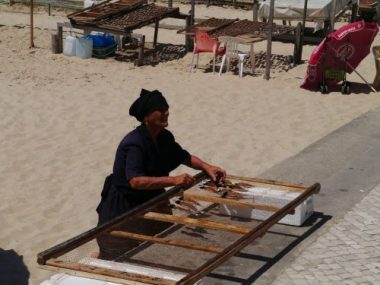 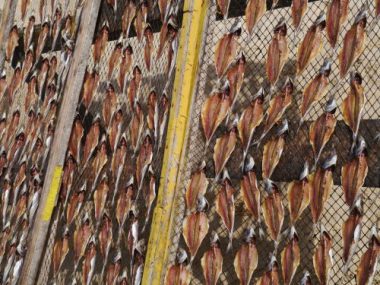 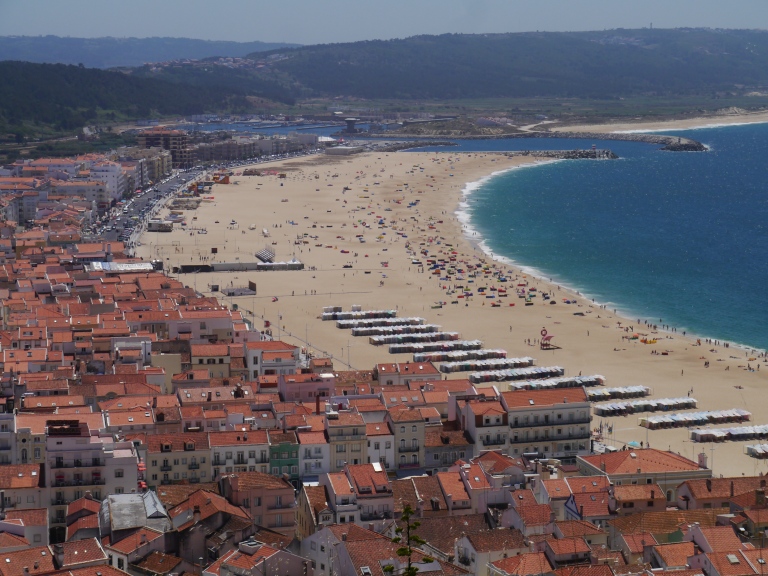 and climbed up to the top of the cliff for a brilliant view back down along the beach and to the harbour. 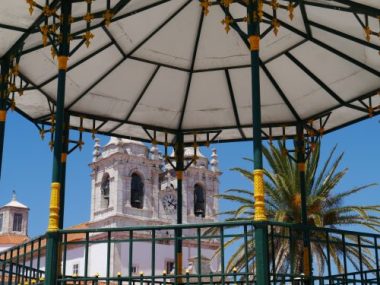 At the top of the cliff we found O Sitio, the old town

and walked down to the fort at the end of the cliff, scene of the world’s biggest waves.

The beach was all together more serene when we were there with no surfers in sight.

In the evening we had a walk round to the old boatyard which had some very sad ghost boats decaying in the sun. 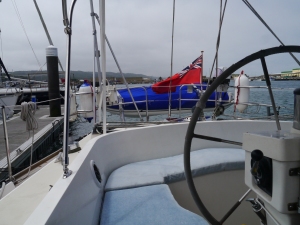 Looking from Clube Navale da Nazare across to the old boatyard.