When we first arrived in Gibraltar we made a point of reading local newspapers and magazines. We wanted to learn more about it, its history, its people and its politics. We learnt lots of trivia. Who knew that John Lennon and Yoko Ono were married in Gibraltar? Or that Anthony Burgess spent time here whilst in the army. It is said that his experiences on the Rock inspired him to write A Clockwork Orange. Whilst we certainly found nothing in Gibraltarian society quite as dystopian as Burgess’ vision, it very definitely has a unique character. 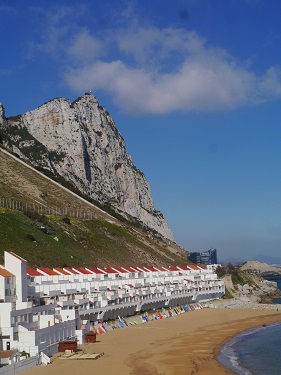 We spent just over three months in Gibraltar. Long enough to explore its 2.6 square miles of defensive walls, vertical limestone and hidden beaches. Long enough to learn that there is much more to it than its very British reminders of home. Long enough to work out that  its very fractious relationship with its close neighbour make it not quite as easy to order in parts and equipment or find engineers to fit them as we had thought. Long enough to follow its politics for a while and understand why it feels more than uneasy about Brexit. Long enough no longer to be surprised at a shrug and “this is Gibraltar” in response to our questions and requests.

Despite being British since 1704, once you get passed the telephone boxes, the Marks and Spencer and the pubs selling fish and chips, you realise that Gibraltar looks and sounds and feels very different. 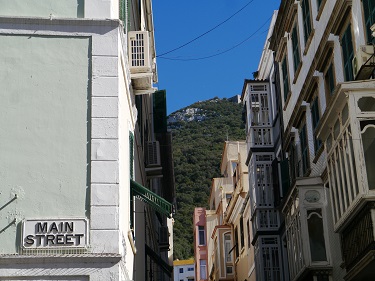 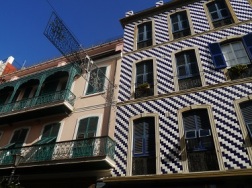 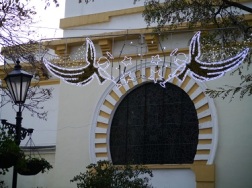 Its tiled and balconied buildings recall Spanish architecture, its cathedral and castle its Moorish past and its diverse communities its history as a place of refuge for so many different people. In any walk along Main Street you will hear English, Spanish, Hebrew and Arabic as well as Llanito, Gibraltar’s own mix of all of the above with some Genovese, Maltese and Portuguese thrown in for good measure. 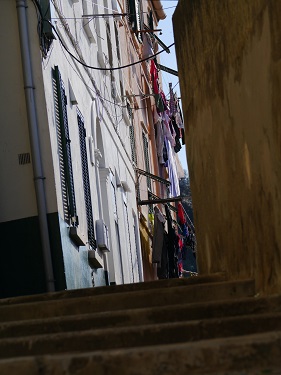 We explored the back streets and steps behind Main Street. We can assure you that there are a lot more than Forty Steps. 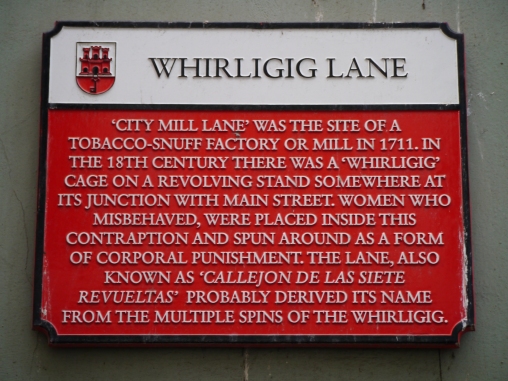 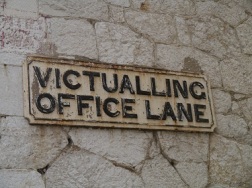 In those back streets we found reminders of far less equal times for women in Gibraltar and even lanes corresponding to our respective roles on Pintail, as well as well tucked away Moroccan grocers and old fashioned barbers and cobblers. 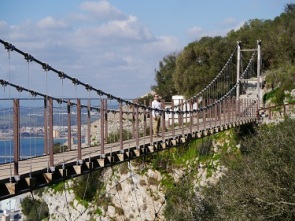 Life in Gibraltar is, of course, dominated by the 426 metre high limestone rock to which it clings. We climbed the Rock eight times during our stay, each climb easier on the lungs on the way up and the calves on the way back down. We explored the nature reserve’s network of paths and roads, keeping well out to the way of the taxi drivers speeding tourists to the top. We walked along the Anglian Way where Stefan braved the new suspension bridge and when Jane and Martin visited in January we had to take Martin up via Martin’s path from Jews’ Gate. Thankfully for me and my vertigo, we didn’t quite have time to brave the Mediterranean Steps. 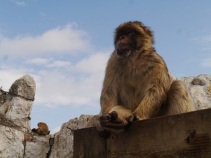 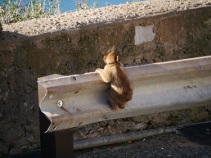 We did, however, brave many an encounter with the Rock’s Barbary Macaques. They are completely fearless of humans and are everywhere, often blocking your path.  Although they are generally preoccupied with picking each others’ fleas, we didn’t want to get too close. We watched many tourists ignore warnings about carrying food and water and have rucsacs and bags snatched from them in search of food. The monkeys are surprisingly adept at opening sealed bottles of water and zips. 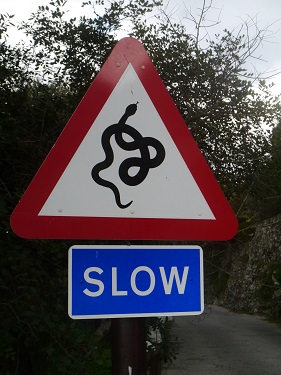 But apparently its not just monkeys you need to watch out for up the Rock! 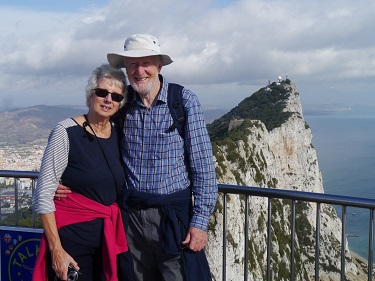 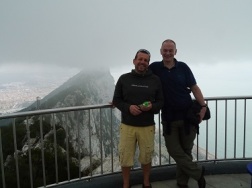 We dragged nearly all our visitors up and around the Rock, some for better views than others and Lee in between torrential downpours! Adrian and Aline escaped the climb because of the rain, making it only as far as the Botanical Gardens.

The history of Gibraltar and its strategic military position is written everywhere you look.

Written quite literally in the case of this graffiti by soldiers from the Great Siege of 1779 – 1783. I wondered whether these two might be distant relatives!

We did manage to escape the Rock a few times during our stay. In November we were Exploring Andalucia with the Olds and in December we had A weekend in Tangier. We also enjoyed a reunion with Ursula and Alex, our German friends, when they visited for Christmas in Gibraltar and took a roadtrip across the Frontier into the Spanish hills. 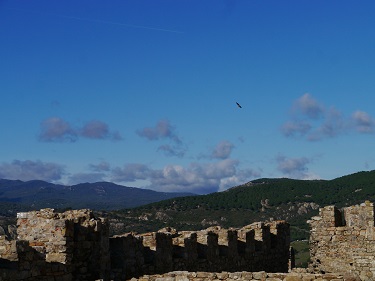 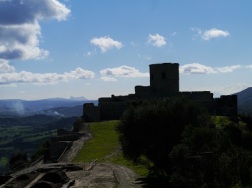 With the boys in the back talking incessantly about cars and engines recalling our Roadtrip with the Munchingers, we drove up to Jimena de la Frontera, a white town north of Gibraltar. We climbed up to the Nasrid era castle for views back to the Rock and down to the town’s maze of streets. From the top we also watched eagles souring above.

After a lovely menu del dia lunch (with surprisingly good vegetarian options for once) in a village restaurant, we climbed higher into the hills for some spectacular views and more white villages.

Until we reached Jucar, a former white village painted blue for the filming of the Smurf movie in 2011 and where the inhabitants had voted to keep the colour!

When we weren’t exploring in and around Gibraltar, there was plenty to do on the boat (A tail of two Pintails)  and I spent time at the beautiful Botanical Gardens, doing a few hours each week  Volunteering at the Alameda kids club and doing a bit of digging and planting. It was a great place to escape from my sailing life, feel a bit useful and meet some lovely people. We joined the fantastic small but mighty Peak Gym (which we thoroughly recommend to anyone passing through for any period of time). Whilst Stefan did serious weights upstairs, I surprised even myself by developing a daily habit of going to classes made so much fun by a fantastic bunch of women. 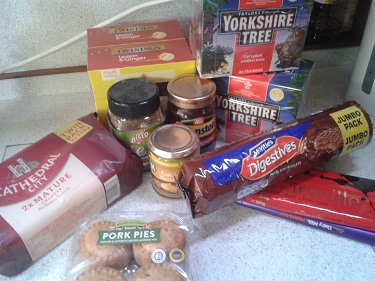 Before we left Gibraltar we took one final trip to Morrisons to stock up on some familiar treats from home and enjoyed a very British afternoon tea (my Christmas present from Stefan).

But, after three months, and with a new stowaway on board (also a Christmas present from Stefan!), we were ready to move on to more adventures along the Spanish coast…

6 thoughts on “Life on the Rock”