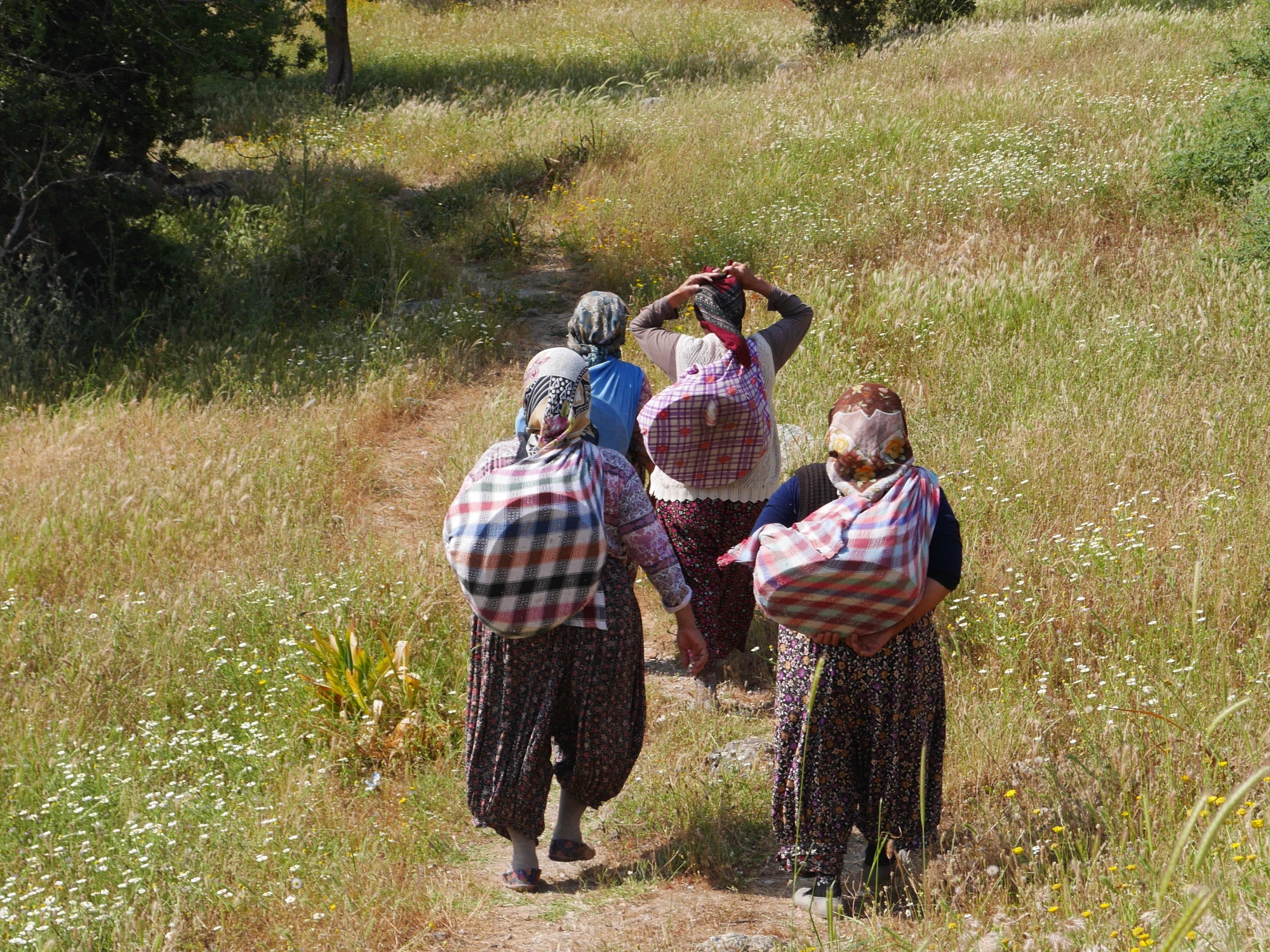 Hiring a car from Didim for a few days, we took a daytrip back down to Bodrum. We had read that the underwater archeology museum at the castle was the best in the Mediterranean. We thought the one in Cartagena had been brilliant so were keen to compare the two. Trouble was those builders the crusaders had in, that we had seen from our anchorage, meant that the entire castle and its museums were closed! 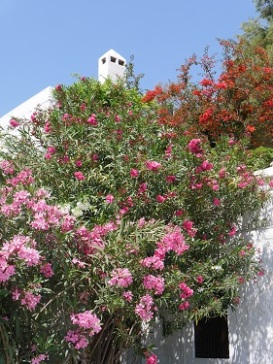 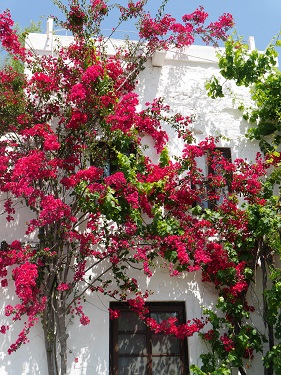 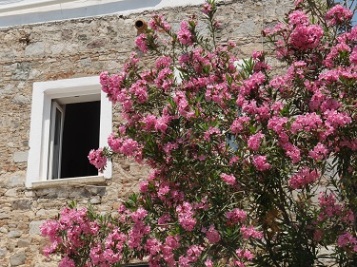 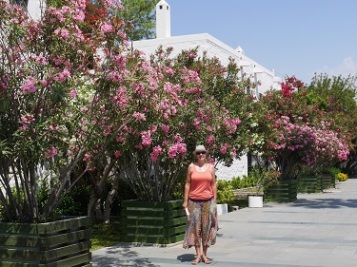 Instead we made do with wandering Bodrum’s pretty streets and visited the mausoleum. 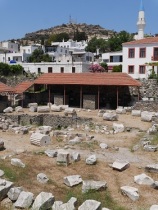 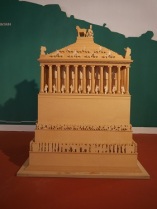 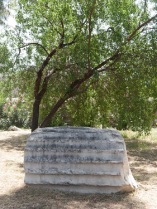 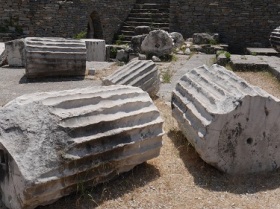 In fact it was King Mausolus who reigned this area from 376 to 353BC who gave us the word mausoleum. His tomb was once one of the Seven Wonders of the Ancient World. Destroyed by earthquakes and its fallen stone used by the crusader knights to build the castle, very little remains. We had to rely on a model and its broken pillars to imagine the scale of it. 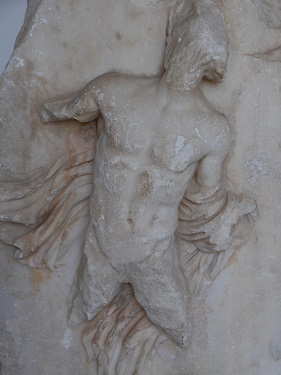 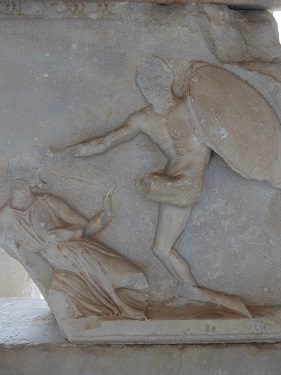 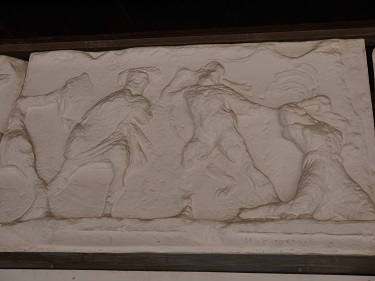 Ravaged too were the marble friezes. As we walked around the small museum a local guide explained to his clients that most of the originals are now to be found in the British Museum. We wanted to apologise profusely to him and promise to give them back should we ever return! Of the original friezes still there one depicts the battle between the Greeks and the mythical Amazon women – violence against women was never far away in the ancient world either it seems. 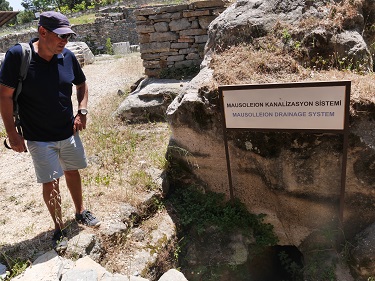 And the mausoleum provided this building engineer with a peak of interest when it revealed its drains! 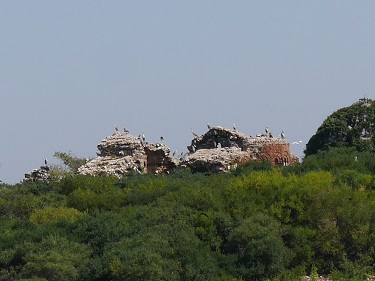 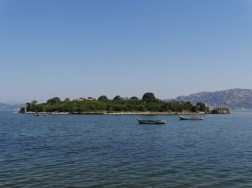 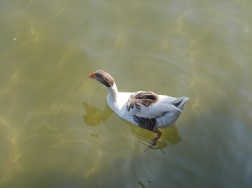 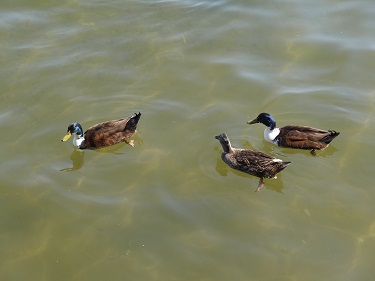 Driving to and from Bodrum meant driving along the side of beautiful Lake Bafa. Where the Aegean used to reach in ancient times, the lake became landlocked but remains half salt water, half fresh water and this makes it a haven for all sorts of bird life. At a pretty çay stop on our way to Bodrum we could see lots of what looked like some kind of ibis perching on a ruined church on an island. Nearer visitors were common-or-garden ducks! 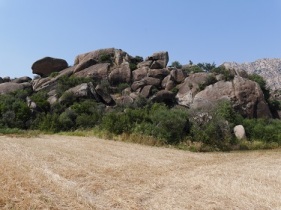 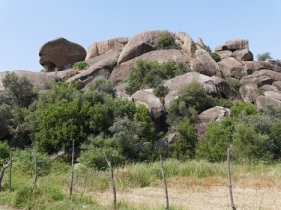 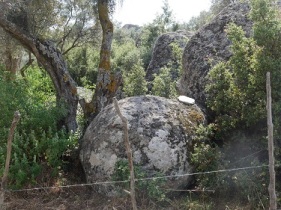 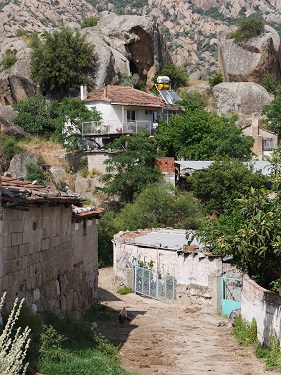 On our return we turned off the main road and into another of Turkey’s unexpected yet spectacular landscapes. Suddenly surrounded by egg shaped boulders seemingly erupting from the earth we found the village of Kapıkırı built amongst them. 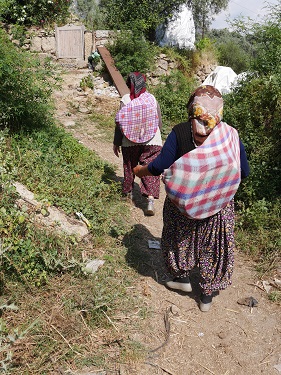 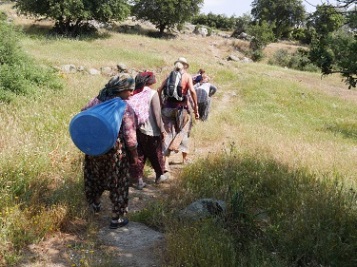 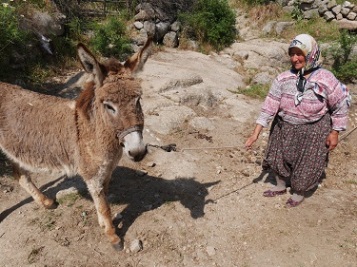 Emerging from the car we were immediately accosted by six local women insistent on accompanying us to the ancient ruins. What followed is our most entertaining interactions with local people yet. We followed these tiny women in their voluminous trousers through fields and farms unsure where we were being taken. 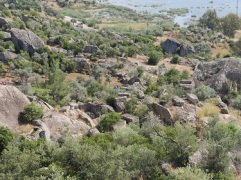 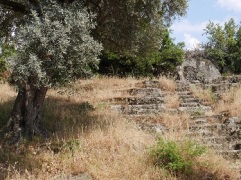 With their very limited English and our equally limited Turkish we managed to decipher that the ancient city walls we climbed to stretched for 6 kilometres. Below we could make out the necropolis of tombs carved into the round rocks. On our return we were of course invited to buy their crafts. I say invited. I mean pressganged! It was clear that we were going to have to buy something off each of them. As I tried to negotiate, an enormous row broke out between the oldest of the women, Fatima, and the others. Understanding nothing of their argument we bought the cheapest items we could and as Fatima disappeared in an unexplained huff one of the other women was left to show us the remains of the ancient theatre buried in grass and olive trees. 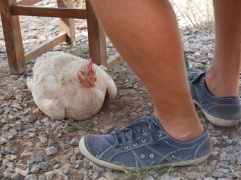 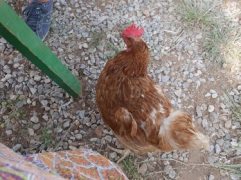 In need of refreshment after our cultural exchange we stopped further along the shore of the lake at a small café. We were surrounded by geese and chickens at our table. The ducklings seemed a little confused about their identity, keeping close to a hen! Or maybe it was the ducks who had absolved themselves of their parenting responsibilities. 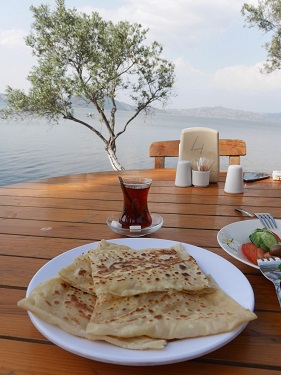