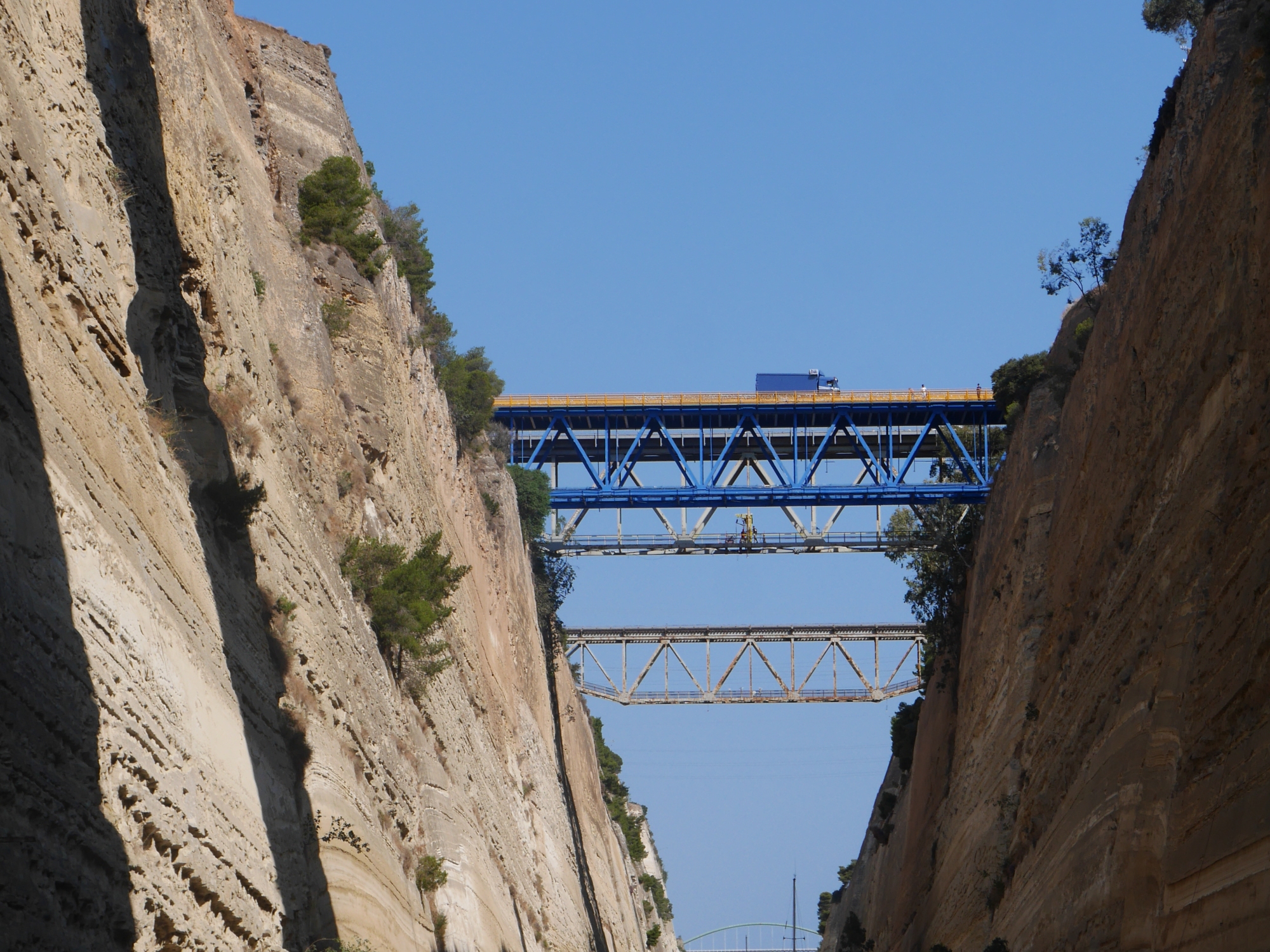 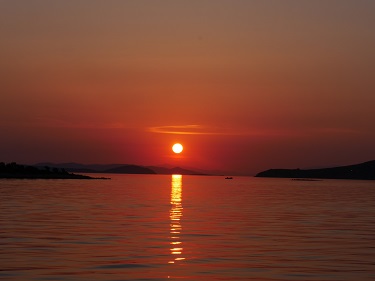 We were keen to get to the canal as early as possible so left Korfos at sunrise, aiming to be at the entrance at about 9am. We had heard that sometimes if there is busy traffic you might have to wait for several hours to go through. Early mornings are pretty normal on Pintail but not so much for Jim. Without complaining though he was up and ready and on tea making duty!

This would not be Stefan and my first time through the canal. We came through it on our delivery trip in 2014 the other way, from west to east. But it was Pintail and Jim’s first time.

As we approached the entrance of the canal big tankers were lurking but seemed to be at anchor rather than getting ready to go through. It’s not until you get really close to the entrance that the very narrow gap comes into view.

By 8.45am we were tied up at the quay in the entrance and whilst Stefan went to do the paperwork and pay the fee, I helped another couple of yachts tie up who would be coming through the canal with us. 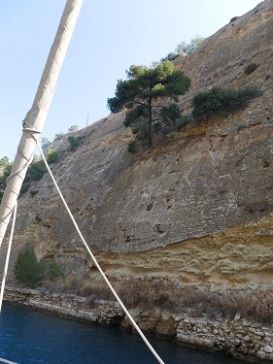 246 Euros lighter (mile for mile its the most expensive canal in the world) and once a few yachts had made their way the other way we were on our way into the canal with a catamaran and three other monohulls.

Ships have been using the narrow isthmus between the Greek mainland and the Peloponnese to cross from the Aegean to the Ionian since 700BC when a paved road was built to drag ships across. Roman Emperor Nero had started building a canal in 67AD using the labour of Jewish prisoners but, preoccupied with fighting off the Gauls, work was abandoned soon after. It was not until 1893 that the French completed the canal.

At their highest the walls of the canal are 79m high. The bridges that we had driven and walked over on our visit to the canal from Piraeus seemed so far above us. 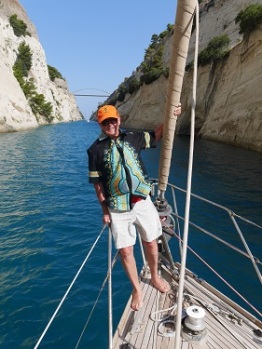 We used the opportunity of coming through this iconic location to don our red t-shirts and pose for photos to help Stefan’s sister raise awareness of MDS blood cancer. Jim also posed in his African print shirt given to him by his friend John! 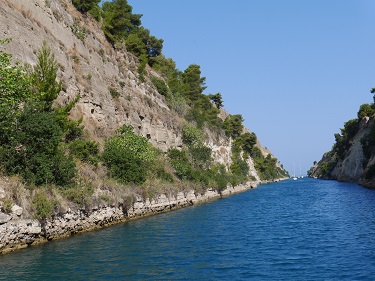 Under more bridges and passed more sheer sides it took us about 30 minutes to get through the canal.

At the western end we got a good view of the hydraulic road bridge that raises and lowers underwater to allow ships to pass over it. It’s not every day that Pintail stops traffic!

Once through the canal we had a great sail out into the Gulf of Corinth, passed the city and the hulk of limestone, Acrocorinth, that is its backdrop. Trouble was our planned destination of Kiato meant going dead into the wind so soon we had to drop the sails to get there.

2 thoughts on “Through the Corinth Canal”