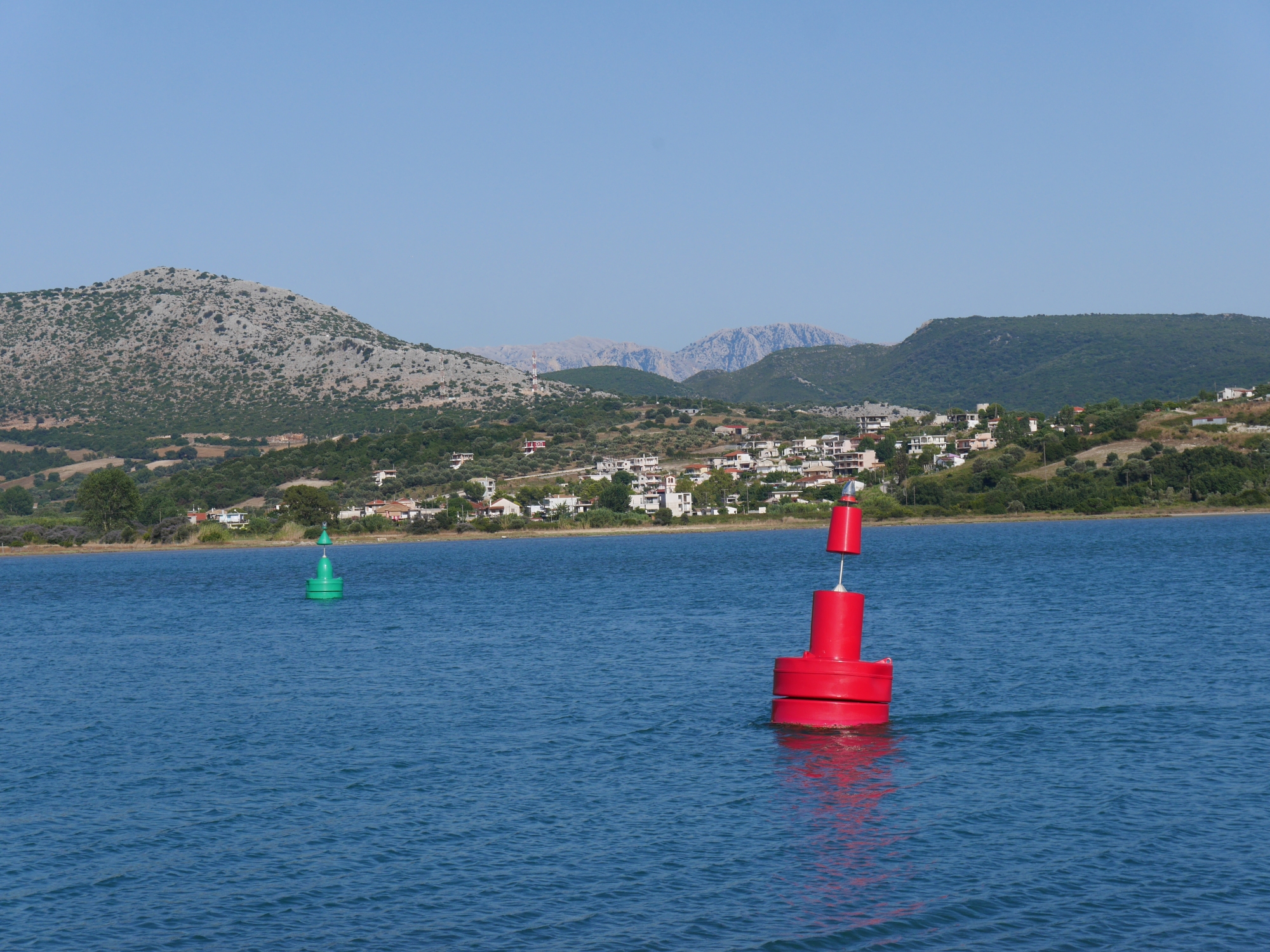 By the time we got to Lefkas it’s fair to say that we were both feeling a little weary of Greece. It’s not that we haven’t loved our time here but as summer is well and truly setting in and the streets and the water get busier and busier (and hotter and hotter) we feel like we have seen as much as we want to. Our next destination, Albania, was so tantalisingly close and we couldn’t wait to get there.

To get there though we needed to head north through the Lefkas canal to Corfu. 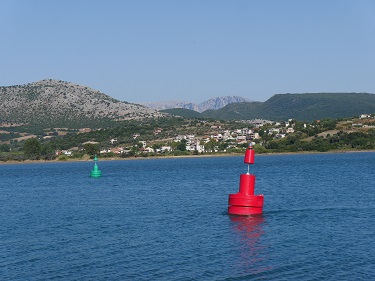 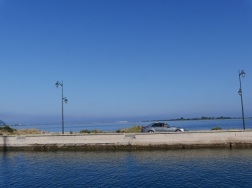 Technically Lefkas is not an island but was attached to the mainland by a low isthmus. A little bit like the Corinth Canal only without the high walls, a canal was cut through the shallow marshland to speed ships on their way north or south to or from the Ionian Sea. For us it was the closest we’d got to any tricky navigation since arriving in Greece and certainly the shallowest water.

The bridge at the northern end of the canal opens only once an hour so we had to time our arrival in front of it so we didn’t have to hang around. Space for manoeuvre is limited in the canal and we didn’t want to end up on a sandbank! We arrived shortly before 9am, waited while the road traffic was stopped 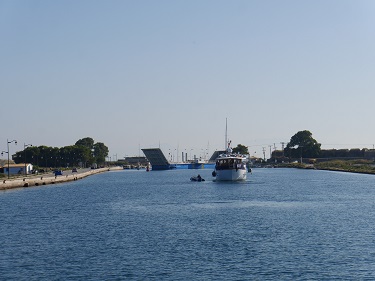 and watched as the road folded up at the ends and the bridge revolved to let all the boats pass in either direction. The second time in a month that Pintail has stopped traffic! 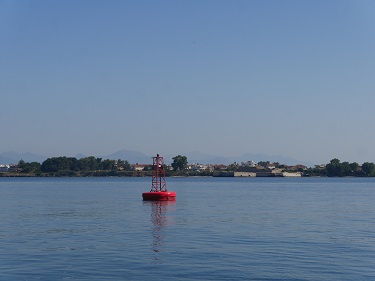 We had not seen so many channel markers since leaving Essex and saw yet more of them as they guided us into the shallow waters at Preveza. Shallow depths never used to bother us in the Thames Estuary. It was what we were used to. But after more than 18 months in the Med anything less than 20 metres on the depth sounder gets us a bit jumpy! 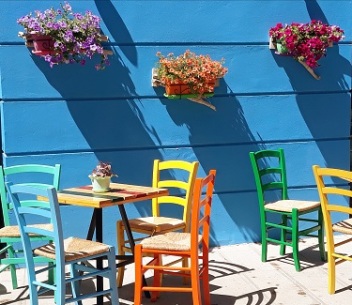 We stayed in Preveza on the Greek mainland longer than we planned to in a marina that was still a building site. The town’s pretty streets and access to watching a very British weekend of sport in the England v Sweden match and the British Grand Prix somehow kept us there. 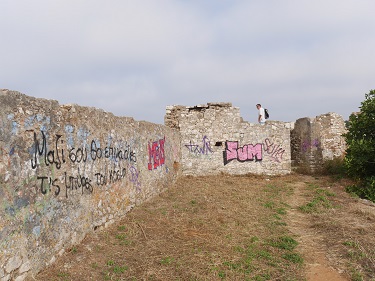 Stefan explored the area by bike and we walked around the coast to Fort Pandokrator. Completely abandoned to the graffiti artists we were able to wander in and out of its rooms and up on its walls. 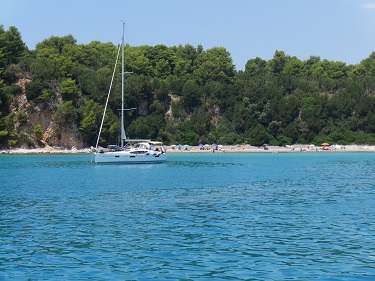 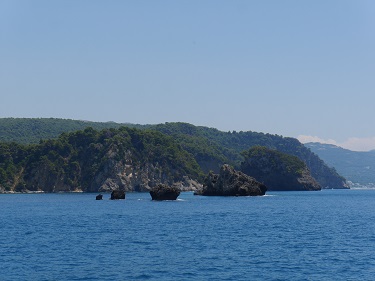 With the England football team safely through to the semi finals of the World Cup we left Preveza and planned to stop for the night in Two Rock Bay. Entering we couldn’t help but notice that there were more than two rocks to negotiate our way round – more like Four Rock and One Reef Bay! We had just settled Pintail at anchor and were contemplating a swim in the beautiful clear water when another boat came in. Shortly after an unmistakable brown slick was apparent in the water. They had emptied their holding tank in the anchorage! Suddenly a dip didn’t seem so attractive although the children on the boat didn’t seem bothered about swimming in their own pooh. 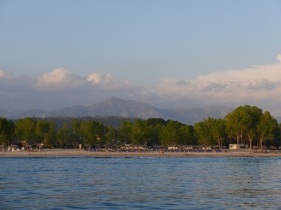 We were bothered and decided to move just up the coast to another bay at Ammoudhia. We anchored with a big fishing boat. It was a lovely spot. A tree fringed beach with the mountains of northern Greece as a backdrop. The town ran along the river making its way into the bay. We watched the sunset over the islands of Paxos and Anti Paxos opposite. It might have looked lovely but we soon wished we had stayed in Two Rock Bay. This bay was not as sheltered from the swell and we had a fairly sleepless night as Pintail rocked and rolled. 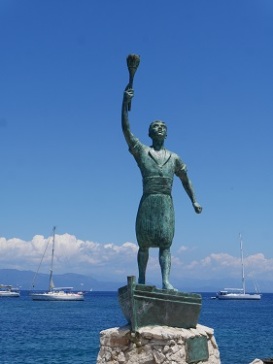 The absence of sleep meant we got an early start for our crossing to Naxos. We went in trepidation as the island is a very popular one and we knew it would be very busy with boats. We tried an anchorage on the south end but at 11am it was chaos with boats leaving and others waiting to take their place. We headed instead to Gaios, the island’s main town, where we found an anchorage just outside the harbour which although busy had plenty of swinging room. Georgios Anamoyiannis stood proud over the anchorage. (That’s Pintail to his left.) During the War of Independence he took his boat out and attempted to torch a Turkish warship. He didn’t succeed and was impaled and hung by the Turks but is remembered a hero on his home island of Naxos. 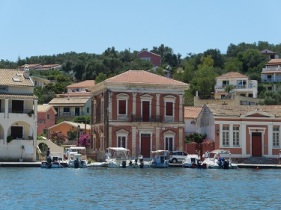 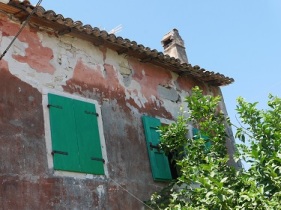 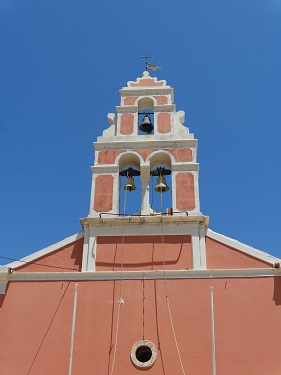 Inside the harbour the pretty Venetian town of Gaios hosted lots of boats along the quay and hundreds of day trippers from Corfu.

Opposite the hustle of the town the tiny island of Agios Nikolaos was an oasis of calm. 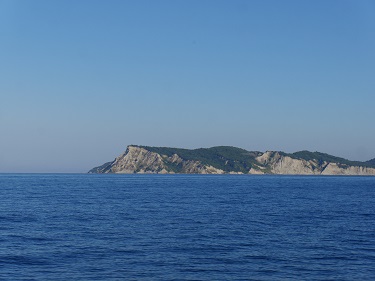 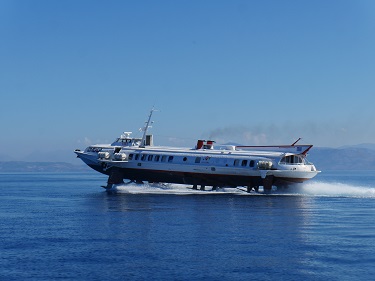 Leaving Paxos it wasn’t long before the cliffs of the south coast of Corfu came into view and we were in the constant company of the many ferries going to and fro. 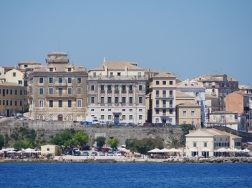 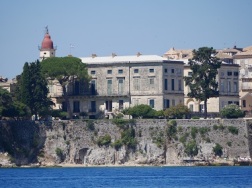