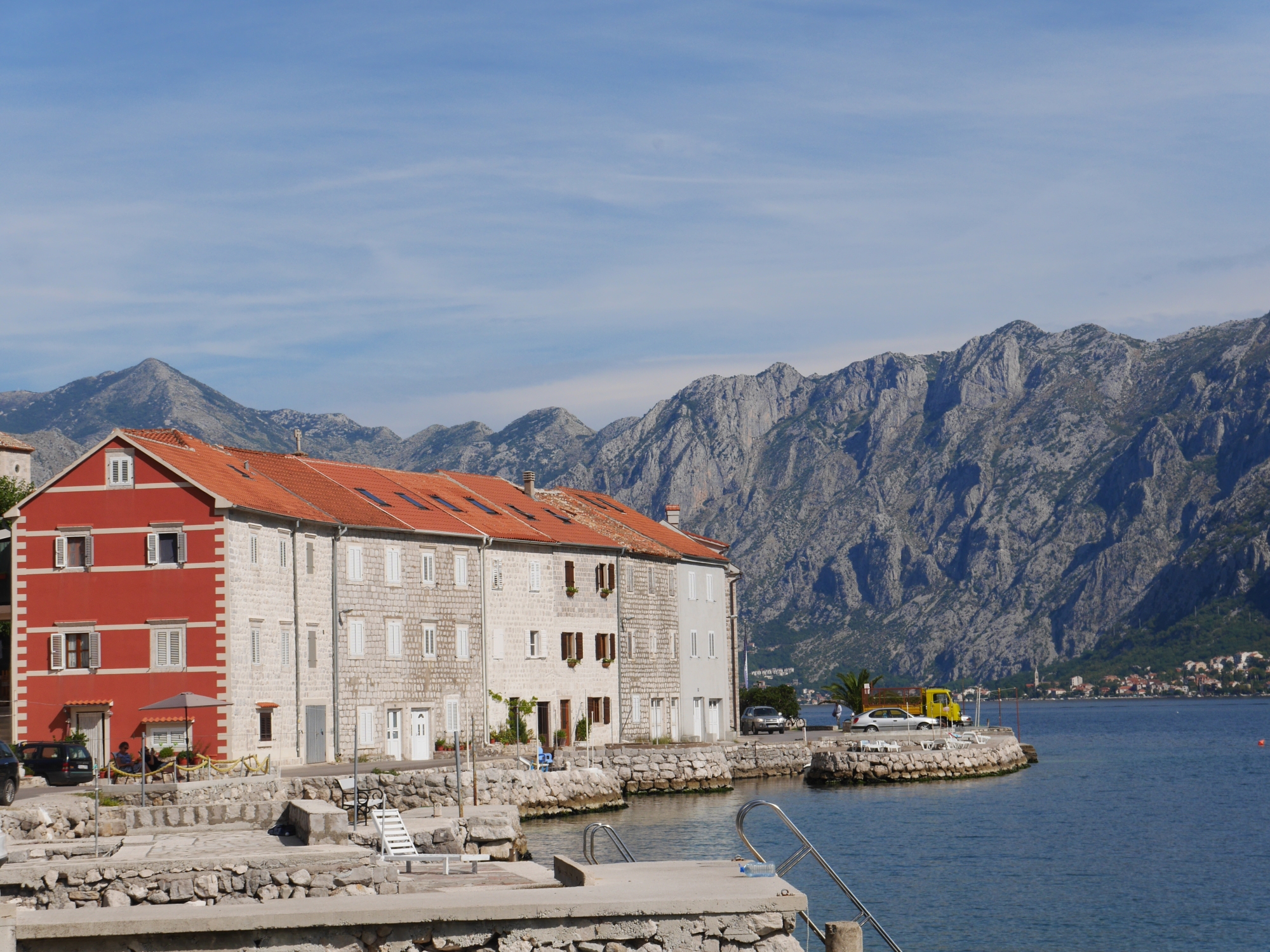 As August turned into September we noticed three things.

First, there are less people around. The never crowded anchorages are now nearly deserted and the beaches quieter.

Second, the temperature is slowly dropping. Gone are the 35+ degree days and we have started waking up under the duvet for the first time in months. But the sun still shines and the water is still warm enough for swimming.

Third, we are still in Montenegro! We had planned to be here a couple of weeks and somehow we had already been here nearly a month. It’s beautiful scenery, protected anchorages, the excellent company of the Sissies had made it too easy to linger. So we decided we’d stay another month! Our plan had been to head over to Italy to start making our way south to Sicily. I needed to fly to the UK in mid September. Flights turned out to be cheaper from Montenegro, the airport only a few kilometres away and the harbour safe and cheap enough for Pintail. Staying in the Bay of Kotor was a very easy decision to make indeed. 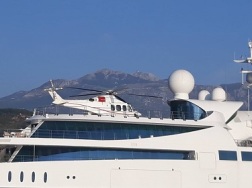 Having said Farewell to the Sissies we spent our first night without them anchored off Tivat. We couldn’t afford the marina prices (we were quoted 120Euros per night). With boats like this one as customers, they won’t have missed us! 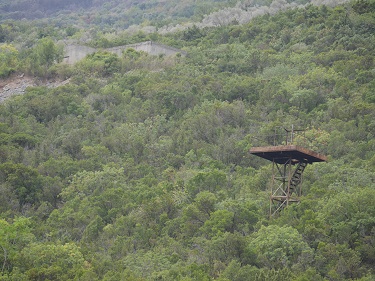 In the calm of the early morning we were able to take the dinghy back across to a stretch of the bay that had intrigued us on our way in. Like Albania, Montenegro’s recent military history is never very far away and along the shore of the bay we had seen abandoned vessels, trucks, munitions and watch towers. 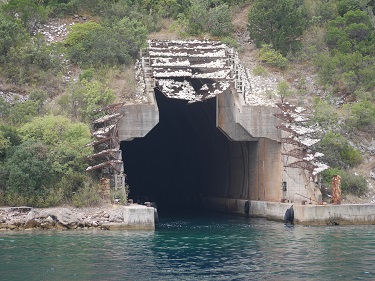 But we had come back to explore the two submarine tunnels built into the hillside that we had seen from Pintail on our passage from Herceg Novi. Unlike the one we had seen in Albania, these were not in a military controlled area and it was an opportunity too good to miss to be able to take the dinghy right inside. We thought that it would be very dark inside but there was enough eerie light for us to make our way about 200 metres to the end. 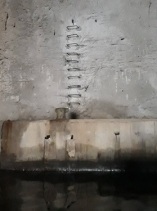 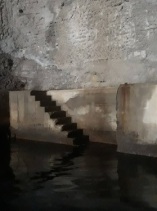 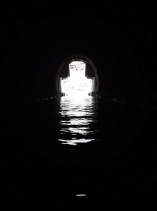 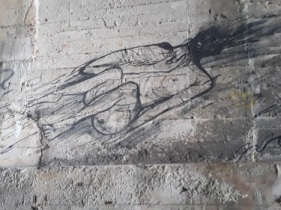 We could have got out to investigate the invitingly open steel doors that went to very dark places but thought better of it. The silent tunnels were spooky enough. A very visceral painting on the wall of one of them added to the atmosphere.

We returned for another night to the tranquil anchorage at Donji Moranj, tucked under the blanket of mountains all around.

From there, in another early morning stillness, we could have a closer look at the village of Perast and Our Lady of the Rocks where even at 9am there were already boat loads of people on the tiny island. 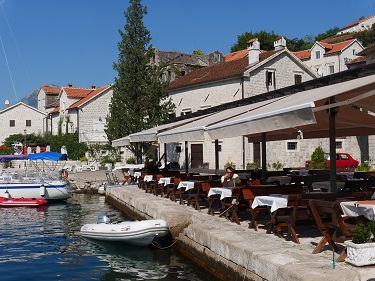 We had a coffee alongside the miniature boat harbour but decided that the quay was too exposed to risk a night with Pintail. 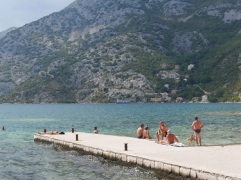 Instead we had a night at anchor at Risan, a pretty town surrounded by more high mountains 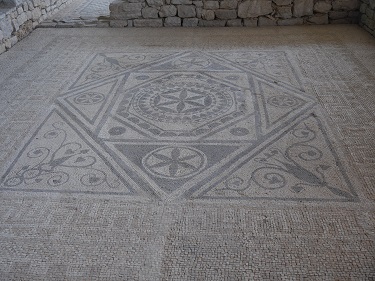 but mostly famous for the mosaics of a Roman villa uncovered there. Risan was occupied by the Romans from the 2nd to 5th century BC. The mosaics date to the end of the 2nd century but lay undiscovered until 1930 with some only uncovered as recently as 2004. Each room has a differently patterned mosaic which almost look like rugs. 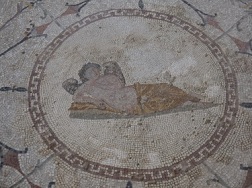 Aptly, in the villa owner’s bedroom was the most decorative of the mosaics featuring a portrait of Hypnos, Greek god of sleep.

We weathered some strong wind and another thunder storm in Risan but in the most beautiful setting. 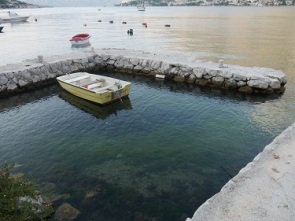 Back at anchor off Kotor we had lots of time to explore the towns of Muo and Prčanj. It seemed that every bay side house had its own miniature harbour. 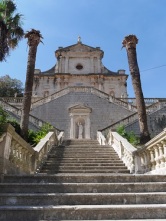 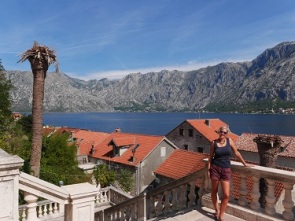 The walk along the narrow, busy, pavement-less road to Prčanj was perhaps not the nicest of walks but did finally get us up close to that very ostentatious Baroque church we had by now passed so many times on our way in and out of Kotor and the views were more than worth it.

We did, however, get the bus back to Kotor …

2 thoughts on “On our own again”