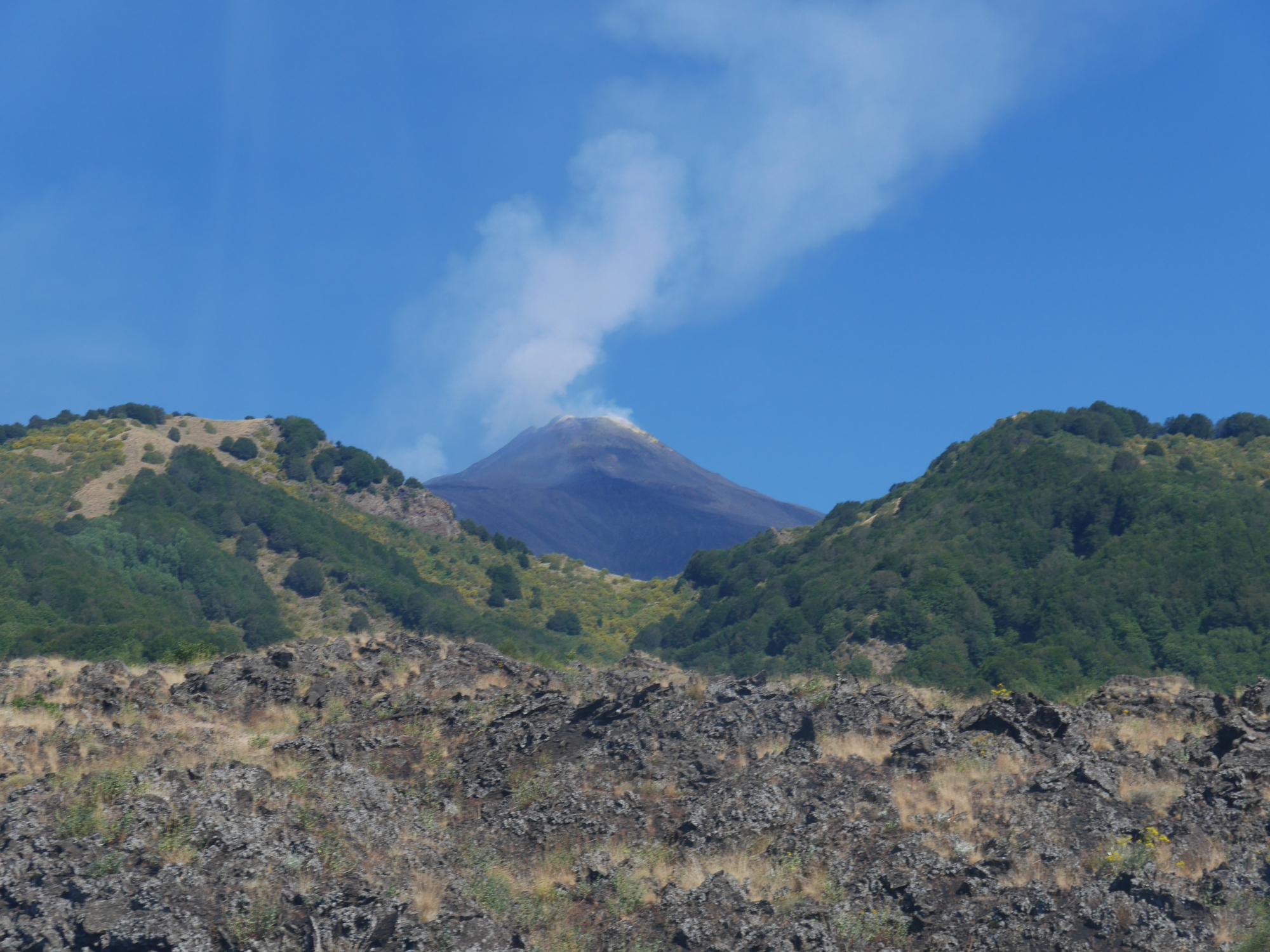 Martin had only arrived late the evening before when we got him up early to take a guided tour up to Mount Etna. The early start was nothing compared to putting on boots and socks after many months in sandals and bare feet!

With time limited we had opted to take a guided tour rather than find our way up on the bus. We were glad we did because with our guide Daniele we learnt so much more than we would have on our own.

Importantly, we learnt to look out for the colour of the smoke coming out of the crater at the top. If it turns blue you know there is an eruption coming. Happily the smoke remained white throughout our morning there. We also learnt that, unlike Vesuvius which has only one crater from which eruptions come, Etna can erupt from one of up to 250 possible craters adding to its unpredictability. This also explained its numerous peaks, craters and lava flows all around the area.

We went through the lava flows from recent eruptions in the 2000s. This four storey house was almost entirely buried in lava. Its neighbouring two storey houses were completely buried. We’re told that there are emergency evacuation procedures in place but none of the locals seem particularly concerned about living within striking distance of molten rock.

In fact they make good use of the excess rock around them. It doesn’t just build buildings and pave roads. Add a bit of glitter and you have the perfect tourist tat! 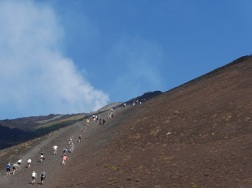 Higher up we had incredible views of the multiple craters from various eruptions. They stretch far down Etna’s slopes almost to the sea. 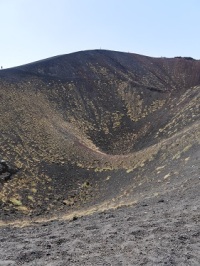 In the footsteps of Coldplay who filmed the video to their song Violet Hill there, we climbed one of the craters. On the way Daniele used the black sand to draw pictures to describe the volcano’s activity. 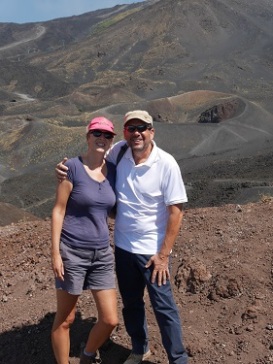 The air was definitely thinner but it was the narrow crater edge we were climbing that slowed me down, my legs wobbly with vertigo. At the top we saw the different types of rock that come from deep inside the earth, some orange with iron. I might have been smiling at getting to the top but coming down was to be steeper and narrower! 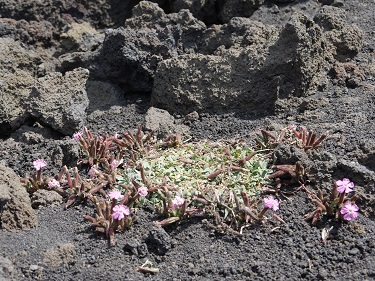 Amongst all the dusty, moon-like rock it was good to see some life finding its way to add a splash of colour. 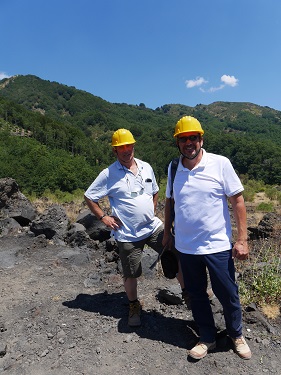 Handing us each a hard hat and head torch, Daniele led us down into a tunnel created by the lava. After the intense heat of Catania, the chill of the tunnel was very welcome indeed. It was so cool that the tunnels were used in days gone by as fridges by locals.

Our final volcano stop was at the Valle del Bove, an ancient lava flow 5km wide and 1000m deep creating a giant scar through the beech tree forests on Etna’s slopes.

Hungry from our hiking and caving, we enjoyed lots of free samples of bread and olive oil, pesto and honey and a small tipple of limoncello at the post tour visit to a local producer.

Soon back at the boat in Catania we decided to get going on our crossing to Greece earlier than planned. About half an hour after taking off our dusty boots we set off into the Ionian Sea…